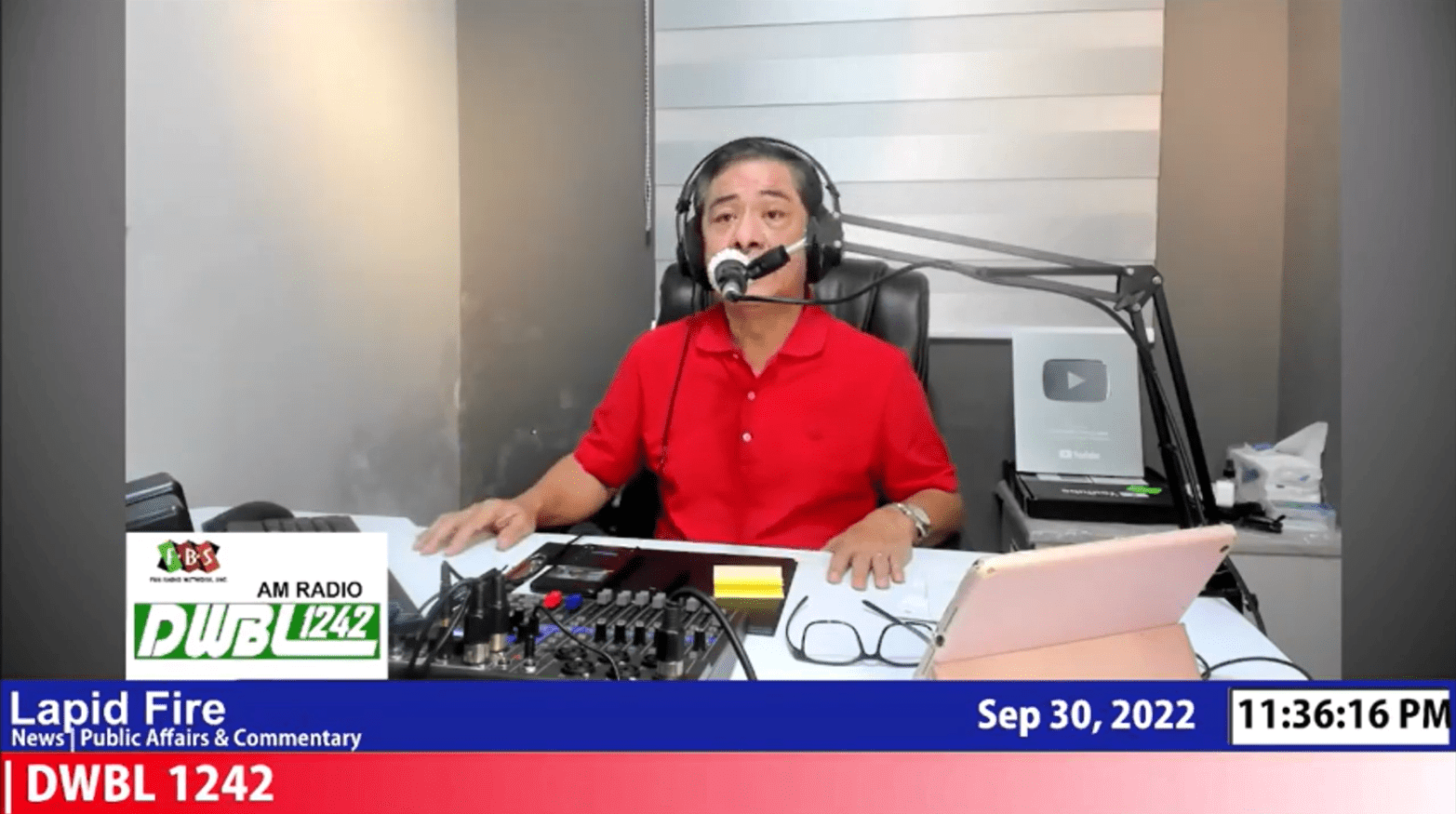 Lapid, a broadcaster critical of the Duterte and Marcos Jr. administrations, was gunned down by two men while he was on his way home on Monday.

Senior Deputy Executive Secretary Hubert Guevara said Palace officials had been tasked to monitor the probe on the broadcaster’s death.

“The Office of the President, particularly PBBM (Marcos), is concerned of what happened to Percy Lapid,” Guevara said.

“In fact, we have been instructed to take a look at the conduct of the investigation on the ambush of him last night,” he added.

“The NBI is on the case,” Remulla said.

The family of the slain broadcaster has “strongly condemned” Lapid’s murder.

“We strongly condemn this deplorable crime; it was committed not only against Percy, his family, and his profession, but against our country, his beloved Philippines, and the truth,” they said in a statement. John Ezekiel J. Hirro