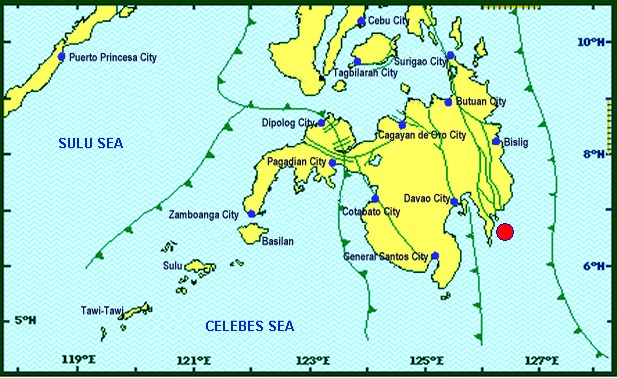 Tagum City, Davao del Norte – A magnitude 5.8 earthquake struck Davao Oriental this afternoon according to the Philippine Institute for Volcanology and Seismology (Phivolcs).

The Phivolcs said the origin of the quake was tectonic with its epicenter at approximately 39 kilometers (km) southeast of the town of Governor Generoso with a depth of 45 km.

The reported Intensities and location where it was felt are as follows:

Photos and videos uploaded in social media showed people rushing out of their work areas and malls.  A session of the Sangguniang Panglungsod of Davao City was temporarily suspended when the earthquake struck.

The Phivolcs said aftershocks are to be expected.  No damages to properties were reported. (Rommel F. Lopez)