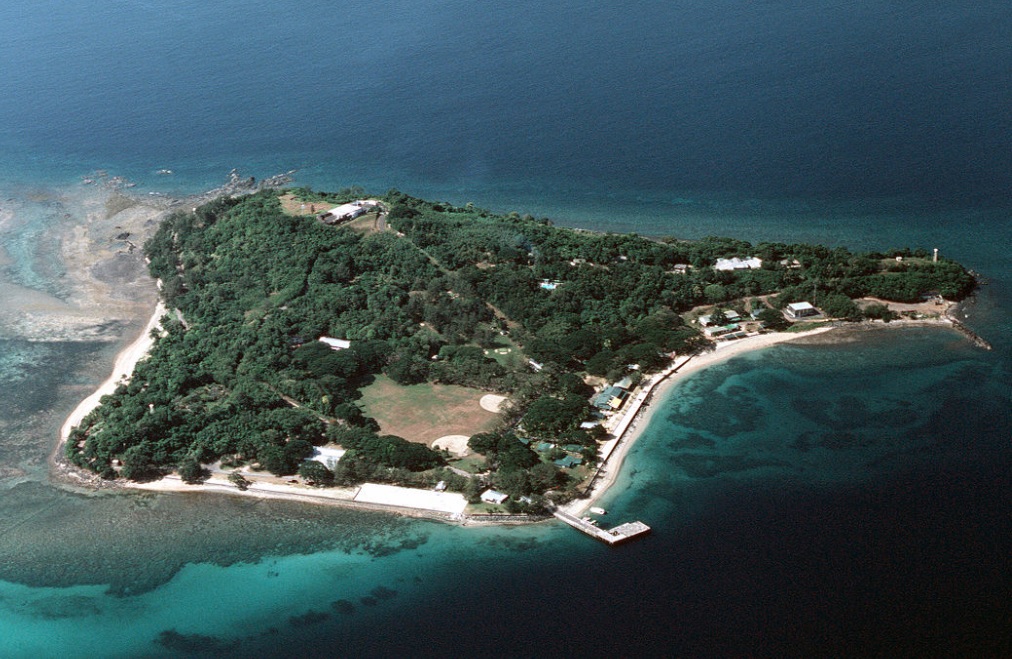 Grande Island at the Subic free port in Zambales.

China has gained enough confidence to challenge the United States’ global supremacy, not only in global trade, currency and technology, but also in terms of military capability.

Since 2017, it has kept military presence in the Horn of Africa, in tiny Djibouti, building its first overseas military base to protect its own national interest in the region. It actually joined at a much earlier date a multinational naval force conducting anti-piracy patrols in the world’s busiest waterway for fossil fuel in the Middle East.

China also has kept unofficial military presence in Tajikistan since 2016, near its border with Afghanistan, keeping a close watch on Islamist militants who may cross into and influence the situation in its volatile western frontiers in Xinjiang.

Chinese military presence in these two regions indicate how Beijing has valued the security aspects of its growth and stability – oil from the Middle East and from its western territories, in particular – to power its economic engine and secure its vulnerable borders.

As its trade war with the United States escalated, Beijing also sought to challenge Washington’s military dominance in the Indo-Pacific region. It has not only fortified its man-made islands in the South China Sea, it is now exploring ways to increase its influence and presence beyond its borders in the region.

There were reports China was seeking a naval base in Cambodia, giving it wider access to the South China Sea. Hun Sen’s government has vehemently denied the reports, but the US embassy in Phnom Penh is worried over reports of increased Chinese presence and activities in the southern part of the poor Southeast Asian nation, known to be a close ally of Beijing.

Cambodia’s defense ministry took pains to show journalists the small naval base in Ream would not be given to the Chinese, giving the media a tour of the facility, including an area filled with US-donated speed boats.

However, not far from Ream and the main southern city of Sihanoukville, Chinese investors are converting a sleepy coastal resort town into a casino haven. It has an airfield that can land very large aircraft, which some observers say can easily be converted into a military base.

It is expected for wealthy and powerful countries to set up overseas military bases to project power, and for a tiny but rich country, like Singapore, to maintain training bases in Australia and the United States. These installations were used as staging areas to conduct expeditionary warfare, like Diego Garcia in the Indian Ocean when the US launched attacks in Iraq and Afghanistan during its war on terror.

In times of peace, these military facilities are used for logistical support, communications and intelligence; in other words, a listening post.

The United States, for instance, has a strategic listening post in the southern Philippines. It set up a communications hub in Zamboanga City in 2002 after the al Qaeda attack in the United States that toppled the World Trade Center in New York and damaged the Pentagon in Washington.

The communications hub in Zamboanga has the capability to communicate with the Indo-Pacific Command Center in Hawaii as well as the Pentagon. It can download images from surveillance planes on patrol in the region as well as US satellites circling the earth. It can also monitor communication traffic in the country’s porous and volatile borders with Indonesia and Malaysia.

It appears China is interested in setting up its own listening posts in the Philippines. But military bases are not allowed under the constitution unless Beijing negotiates with Manila for an agreement similar to the 1951 Mutual Defense Treaty (MDT) and the 2014 Enhanced Defense Cooperation Agreement (EDCA) with the US.

The MDT allowed the United States to rotate its military forces in the Philippines for training and exercises and EDCA expanded Washington’s access by allowing it to co-locate forces in five local military bases throughout the country, including Palawan, which is near the disputed South China Sea.

Beijing is now looking into three smaller but strategic islands in the main Luzon island, turning them into special economic zones, which enjoy certain autonomy from government agencies. The planned takeover of Fuga island in Cagayan and two smaller islands at the mouth of Subic Bay in Zambales were opposed by the Philippine Navy, citing security concerns.

In the 1970s, there were jokes among soldiers that an assignment to Fuga Island in Cagayan was like going into exile, similar to a deployment to Pagasa Island in the Spratlys. Fuga never became a military garrison but it is a very strategic location for observing the movements of ships passing through Balintang Channel, and is near Taiwan.

It will be the closest location for Beijing to monitor the situation in its renegade province and will give it an advantage in influencing passage to the Pacific Ocean from South China Sea, complementing its presence in Scarborough Shoal in the West Philippine Sea.

The Chinese presence on Grande and Chiquita islands in Zambales may compromise the country’s security considering these islands are in the mouth of Subic Bay and is frequented by US Navy warships and Japan’s Maritime Self-Defense Forces, rivals of China’s People’s Liberation Army-Navy. These two islands formed part of the perimeter defense of the US naval base when the Americans were still in Subic.

Defense Secretary Delfin Lorenzana said he was not consulted when Filipino officials signed deals with Chinese investors to develop these three islands in April during the president’s working visit to Beijing. Xiamen-based Fong Zhi Enterprises Corp. plans to develop an agricultural breeding center and soil improvement project in Fuga island worth $2 billion.

“These locations are essential in maintaining our strategic maritime security,” Capt. Jonathan Zara, spokesman for the Philippine Navy, told journalists, expressing the military’s opposition to the economic projects. “The security of the nation is of paramount importance.”

The Philippines must rethink and consider the security of the country before allowing foreign powers, whether Chinese or Americans, into Philippine territory, and before offering these strategic locations to investors. Officials should look at what China is doing in Cambodia.

The Americans have been using their gunboats to influence the internal affairs of other countries, so they keep bases. The Chinese, on the other hand, use their fat wallets to do the same. Both have the same effect – keeping smaller and weaker states to their respective sides.