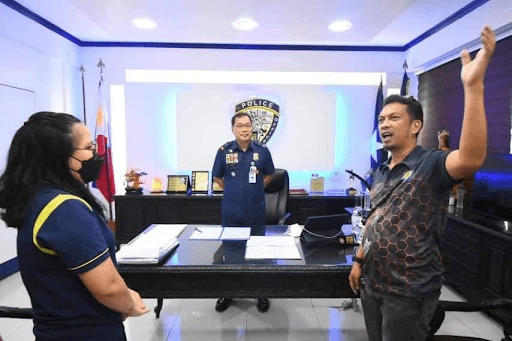 “DEPP is dismayed that the Anti Cybercrime Group issued a press release stating that it had to form an Oplan Tracker to arrest Bustamante,” the statement read.

“It is disheartening to hear Police Brigadier General Joel Doria make statements that likened Bustamante to an elusive hardened criminal.”

DEPP alleged that Doria, who was a former chief of this city, “sensationalized” Bustamante’s arrest when he “commended” his men for the journalist’s supposed “arrest.”

“For General Doria’s enlightenment, his men didn’t break a sweat as Bustamante surrendered immediately when the warrant against him was issued. We strongly advise General Doria to look up the difference between arrest and surrender,” the feisty statement said.

The group maintained that Bustamante, the recently re-elected president of DEPP, has been a “good partner” of the Police Regional Office in Central Visayas even when Doria was assigned here.

“[The] Police would cry for fairness from the media. We also hope that officials, such as General Doria, would offer the very same courtesy,” the statement said.

In an earlier statement on Sept. 26, Bustamante’s station manager, lawyer Ruphil Banoc of DYHP RMN Cebu, corroborated DEPP’s position letter that Bustamante “voluntarily appeared” before the Regional Trial Court Branch II in the city, along with police personnel to post bail for cyberlibel.

“It will not occur to him (Bustamante) to escape like a hardened criminal while he faces a case in which bail is a matter of right,” DYHP’s statement reads.

“It may be noted that what happened to Bustamante occurred while the members of the Cebu media have celebrated Broadcasters Month and saw the culmination of this year’s Press Freedom Week celebration.” – Ryan Christopher J. Sorote