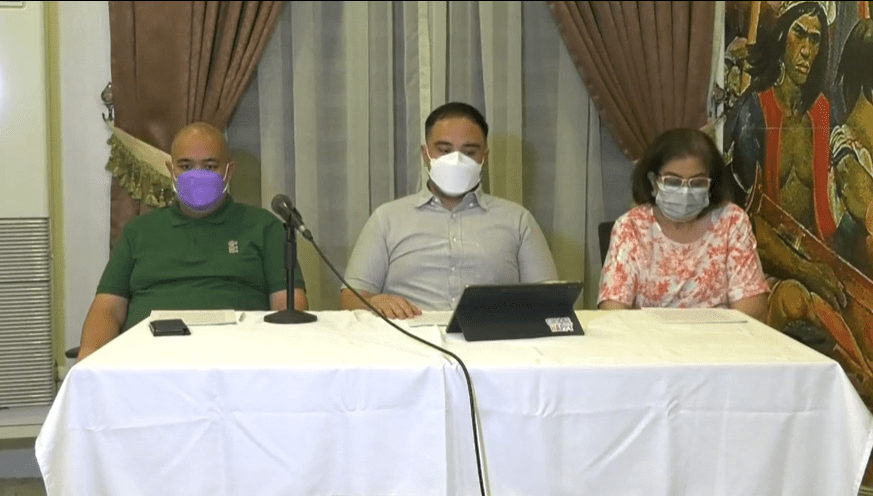 The family of Cebu City Mayor Edgar Labella confirmed Tuesday that he is admitted in a local hospital due to pneumonia and was placed under intensive care for sepsis.

In a statement read by his son Eugene, the family said the mayor has been transferred to a regular room after recuperating from sepsis.

For the first time, the family disclosed that the mayor was diagnosed with prostate cancer 12 years ago but survived an operation and treatment and was cleared of cancer.

Doctors are also monitoring the mayor’s prostate for a possible relapse but saw nothing.

Eugene said, when his father ran for elections in 2019, he was in great shape, but the pandemic took a lot on his health.

“He worked nonstop to oversee and make sure that the city is able to efficiently carry out its Covid response and recovery efforts – to the point that his own health took the back seat,” he said.

Mayor Labella was first hospitalized in January 2021 for an ear and blood infection that almost killed him. “Thankfully, true to the survivor that he is, he was able to recover,” Eugene said.

In the succeeding months, the mayor was in and out of the hospital due to “recurring pneumonia” but recovered and recuperated at home.

The mayor said that he is more focused on his recovery than his political future.

“The mayor is no longer seeking reelection. In the few remaining months of his term, Mayor Lebella wishes, more than anything, to be able to see through all the programs and projects he started during his term, to its end,” said Eugene.

When asked if the mayor plans to resign, Edgardo II, the eldest son of the mayor, said no. “He would not resign because there are still a lot of people needing his help,” he said in Cebuano. “We, the immediate family, support him.”

He said that they are very thankful for the prayers and well wishes for his father.

Mayor Labella has been on indefinite leave since September 20, 2021, or for the past 43 days.- Ryan Sorote