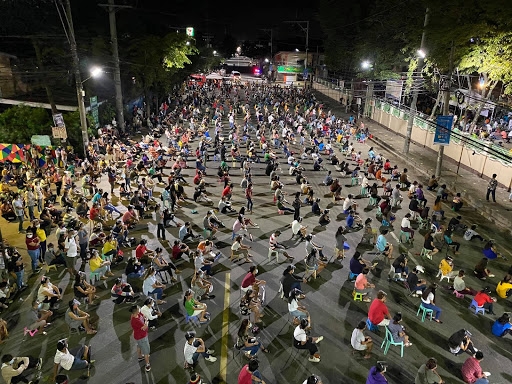 Cebu City has stepped up enforcement of health protocols as people flocked to churches for the nine-day “Simbang Gabi.”

Councilor Joel Garganera, deputy chief implementer of the Cebu City Emergency Operations Center (EOC), said he had called the attention of parish and barangay authorities as photos of churchgoers not following protocols trended on social media.

Garganera noted that parishes had opened parking spaces and the city had closed surrounding roads to accommodate more churchgoers.

The EOC is focusing on the biggest churches in the city like the Basilica Minore del Sto. Nino, the Cebu Metropolitan Cathedral and Santo Tomas de Villanueva Parish in Pardo.

The center had observed that Covid-19 case surges in the past 11 months were preceded by religious and cultural events like Holy Week and Undas or All Saints’ Day, Garganera said.

“We need to learn from these lessons,” the councilor said. “If there is a surge, which we expect anyway, Cebu City will be in a better position to contain it.”

Msgr. Joseph Tan, spokesman of the Archdiocese of Cebu, said there was a “substantial” turnout of people in the Simbang Gabi.

Tan acknowledged concerns over breaches of health protocols, but said this was immediately addressed with “proper coordination with agencies and parishes.”

“The turnout of people also manifests their (churchgoers) thirst for a much-needed spirituality and intimacy with God especially during these unpredictable times,” Tan said.

Department of Health data showed that Cebu City has recorded a total of 11,069 cases since the pandemic began.

Among cities and towns, Cebu City has recorded the highest number of deaths at 674. Quezon City came second with 661 out of 38,114 total cases.

Garganera said authorities could not apprehend people because they were “sensitive to religious and cultural traditions.”“We can only do our best. Ultimately, it is really up to the people to protect themselves and their families,” Garganera said. Ryan Christopher J. Sorote