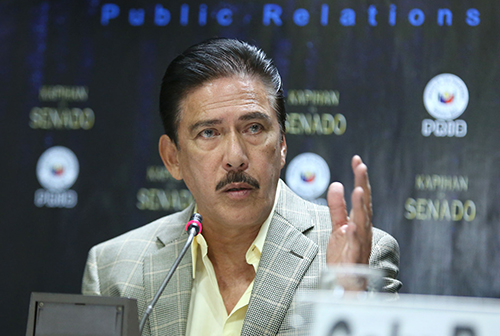 In an interview over DZMM radio, Sotto admitted to having the CCTV footage of Farmer’s Market checked to see if the viral video of Diez matched with what the mall’s CCTV system, since a committee hearing about the incident was scheduled at the Senate.

Sotto said that based on the CCTV footage and the affidavits of those involved, two women who were inside the women’s comfort room left because they were uncomfortable with Diez, who was lining up inside. They called the attention of the Ganal, who approached Diez.

Ganal told Diez to move to the persons-with-disabilities (PWD) toilet instead since the two women were complaining. However, Sotto continued, someone was inside the PWD toilet so Diez waited, but soon after left. Diez came back very agitated.

This corroborates what Ganal said in an interview with PressONE.PH

Ganal said Diez took out a mobile phone and started taking live videos. Ganal admitted to losing her temper because of this.

When Diez refused to delete the video, Ganal said she brought the transwoman to the mall security office on the ground floor.

At that point, Diez resisted and allegedly elbowed a pregnant janitress in the belly, Ganal said.

The Senate president said the viral video jeopardized the job and personal security of Ganal who was only doing her job.