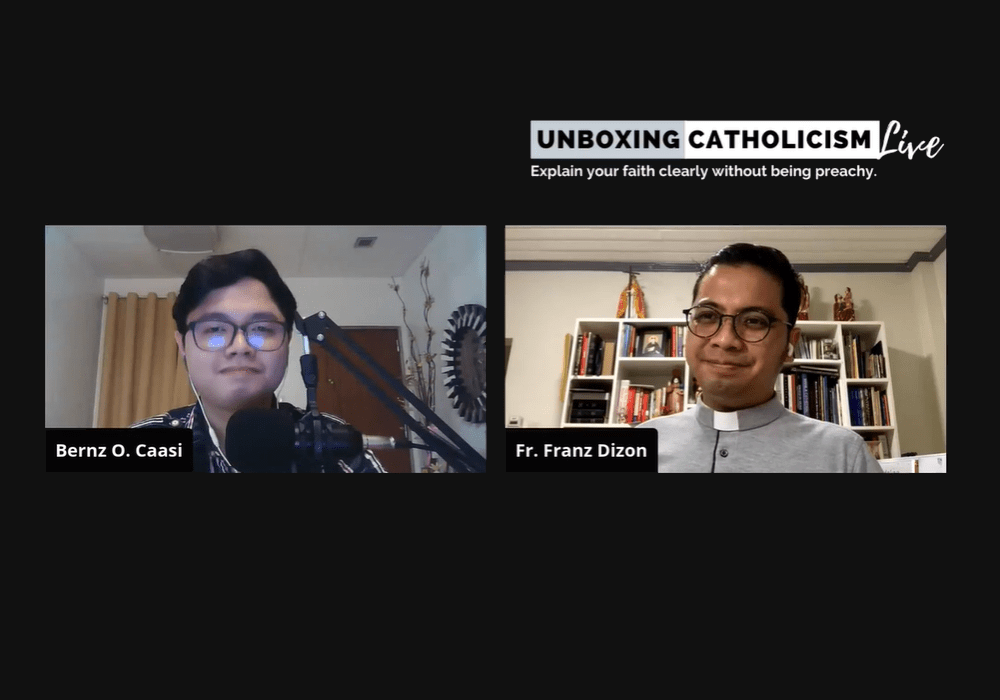 “Let’s explain the Catholic faith clearly without being preachy.”

A Catholic convert from Protestantism, Bernz Caasi is the host and creator of Unboxing Catholicism who helps people understand and explain the Catholic faith without being “preachy.”

“When you order something from Lazada, Shopee, Amazon, [or] eBay, ‘pag nabuksan mo yung kahon, you’re so intrigued [by] the mystery – ‘What’s in this box?’ Nakakatuwa naman nito. [It’s] also like that in the Catholic faith,” Caasi explained in an interview with PressOne.PH.

He believes that God has given us the greatest delivery of all time,” referring to the Catholic faith itself, “packaged in a box called the deposit of faith,” which the Catholic catechism teaches as the container of sacred scripture and traditions of the Church.

“We have all of our lifetime to unbox it, because this ‘box’ contains inexhaustible beauty and inexhaustible treasure and explicable depth of truths,” he continued.

He aims for ordinary Catholics to “discover the beauty of their faith … by understanding it deeply,” acknowledging those who are Catholics and non-Catholics who are “turned off by the aggressive approach in Evangelization.”

“To be honest, I would have never been a Catholic if that [were] the approach I received,” since Caasi mentioned he was catechized in a positive, non-confrontational manner,  preparing himself to re-enter the Catholic Church.

“This is the way to go, this is the road to ‘new Evangelization.’ This is what the Church [and] what the Popes have been telling us as the path of dialogue. We want to provide faith, formation and fellowship,” he continued. 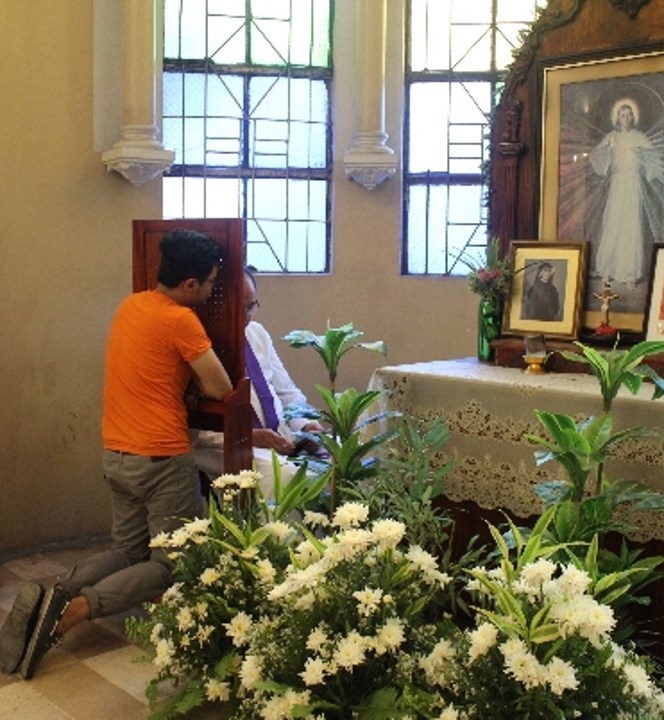 Born and baptized as Catholic, Bernz Caasi was one of the “many Filipino Catholics highly ‘sacramentalized’ but insufficiently catechized,” explaining that he grew up attending religious activities without proper knowledge.

“I received the sacraments, I participated in the Mass, [practiced] traditional pious acts like yung mga padasal [and] novenas without me having [a] deeper grasp of why we do these things. It’s more of just ‘going with the flow’ without having any time [for] deep regular [Catholic] formation.”

“It’s one thing to participate [in] the Mass and to be there, and it’s also another thing to receive catechism,” emphasizing that many Filipinos don’t realize the difference between “practicing the faith” and “passing it on.”

“Scott Hahn said that the way to strengthen the faith is to teach it. You cannot keep the faith unless you give it. We don’t have a lot of catechists or even laypeople who are knowledgeable enough about the faith so that they could share it with their friends,” Caasi continued.

It was his Protestant friends who were well-versed in the scriptures and “passionately living the Christian faith in a very virtuous and joyful manner” that led him to his departure from the Church.

“As Mother Teresa said, ‘joy is contagious’ and I contracted that joy,” explaining that his attraction to their lifestyle, slowly realizing his lapses in understanding scripture. 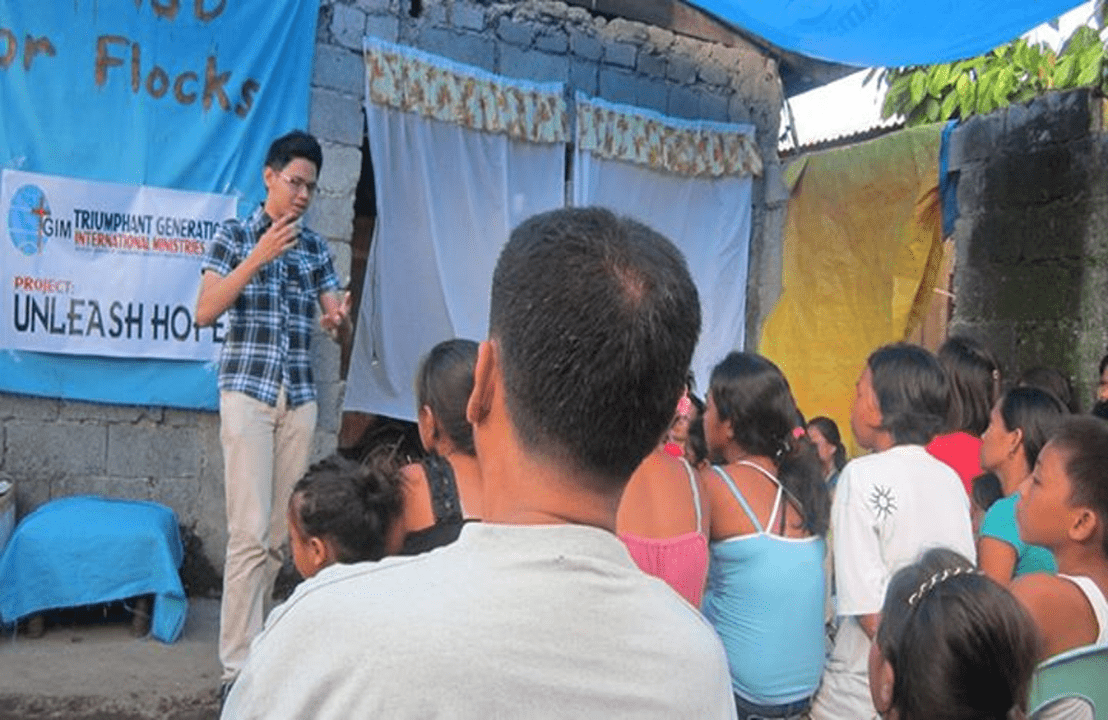 Caasi’s conversion made him experience for the first time that the Bible ‘became alive,’ referring to the bible studies and preachers he listened to.

“The preaching is so powerful, inspiring and dynamic,” which led to comparing it with the Eucharistic celebration, calling it “dull and dry.”

“We thought it [was] dull and dry because we didn’t understand what the Mass is for. What we need to do is to balance: the sacraments [are] the experience of the life of Christ – the life we have at the Church – but it has to be coupled with formation,” he said.

This however led to his discovery of certain Catholic misconceptions.

“I started learning about Catholic misconceptions like the Pope is the anti-Christ,” which also led him to other false teachings like Catholics “worship Mary and the saints”, added books to the Bible and killed Protestants in the Inquisition thinking to be “gospel truths.”

“I was even told that the Holy Mass is the greatest sacrilege,” learning from his Protestant group who claimed that Catholic priests “murder Jesus Christ on and on.”

Befriending people who “knew about and practiced their Faith” became a ‘game-changer’ in his faith story when he entered the University of Asia and the Pacific.

“It was a long, systematic process. I realized that I didn’t really look into my faith objectively,” adding that he used to hear this supernatural voice telling him, “Bernz, have you really tried understanding the Faith that you left?” 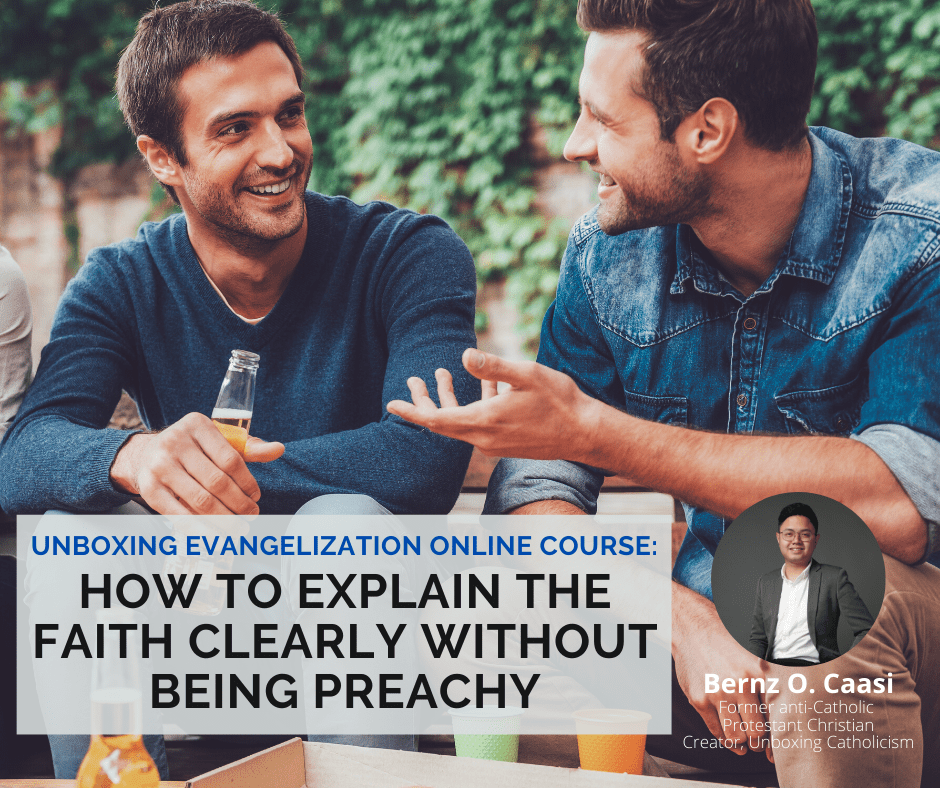 After converting back to Catholicism in 2015, Bernz Caasi sought to “share his story” by launching his personal blog, which eventually turned into a series of podcasts, episodes, and webinars on “unboxing” Church teachings without “being preachy.”

“I wanted to share this story because I know that people needed to learn about this. When watching a Korean novela, you can’t help but [share] it to the people and that is the essence of the ‘Good News.’” he explained.

A friend of Caasi suggested starting an online course to teach people his “unboxing approach.”

This prompted Caasi to start a Facebook community that now has 400 members and formation programs including spiritual direction, a spiritual mentoring program composed of lay members and priests.

“Looking back, I never planned these things and I never saw them coming. What I wanted to do was to act on that current clarity, that I [wanted] the Lord to be able to use my weaknesses and limitations, for people to unbox the Faith.”

He hopes that the community will be able to train volunteers in the parish and publish books and pamphlets that would help the work of Evangelization better.

“I cannot do it alone. I need people because Jesus was not alone in establishing in his ministry. Realistically speaking, all of us can never do apostolic endeavors alone,” he concluded.

Unboxing Catholicism airs on Sundays, 9 pm, at www.facebook.com/BernzCaasi, and is hosted by Bernz Caasi and Fr. Franz Dizon from the Diocese of Malolos. Francis David T. Perez