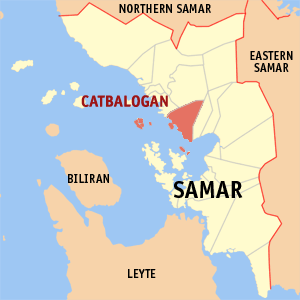 A landslide destroyed a retaining wall injuring two and damaging four houses in a coastal village in Catbalogan City in Samar on Tuesday.

Despite fair weather, the landslide happened at around 10 a.m. at Zone 5, Mercedes village, just a kilometer away from the city’s commercial district.

The heavy rains last week deteriorated the protective wall, according to the preliminary investigation. But Police S/Sgt. Christopher Prudenciado of the Catbalogan police station is not convinced and said that they are digging deeper as to the cause of the wall’s collapse.

The injured residents from the mudslides were Annabel Cabarles, 36, and Kevin Cabarles, 14, who were both rushed to the Samar Provincial Hospital for immediate treatment.

Due to more visible cracks seen in other portions of the protective wall, the local government imposed a total evacuation on the site and more families are expected to take refuge at the evacuation center.

In December 2014, a landslide killed more than 20 Catbalogan residents, which is a few meters away from the site where the recent landslide happened. (RJ Espartinez)