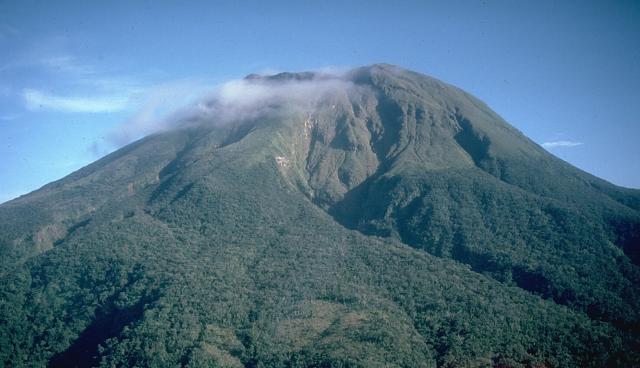 Bulusan Volcano in Sorsogon was placed under Alert Level 1 on Sunday morning by the Philippine Institute of Volcanology and Seismology (Phivolcs).

This means the volcano is showing signs of low level of unrest after a phreatic eruption was reported in Bulusan Volcano at 10:37 a.m. that lasted for about 17 minutes.

“The event was poorly visible through cloud cover over the edifice although a steam-rich grey plume at least 1 kilometer tall was observed from Juban, Sorsogon and was subsequently observed to drift west,” Phivolcs said in a bulletin.

The municipalities of Juban and Casiguran in Sorsogon have reported ashfalls.

Phivolcs also said its electronic tilt monitoring discovered a sudden but isolated inflation of the southeast lower slopes since April 2022.

“These parameters indicate that volcanic processes are underway beneath the edifice that are likely caused by shallow hydrothermal activity,” Phivolcs added.

The public is advised not to enter the four-kilometer radius permanent danger zone and encouraged to observe vigilance in the extended danger zone for sudden and hazardous phreatic eruptions.

“Civil aviation authorities must also advise pilots to avoid flying close to the volcano’s summit as ash from any sudden phreatic eruption can be hazardous to aircraft,” Phivolcs said.