BTS takes us on a journey of self-acceptance with ‘Map of the Soul: 7’ 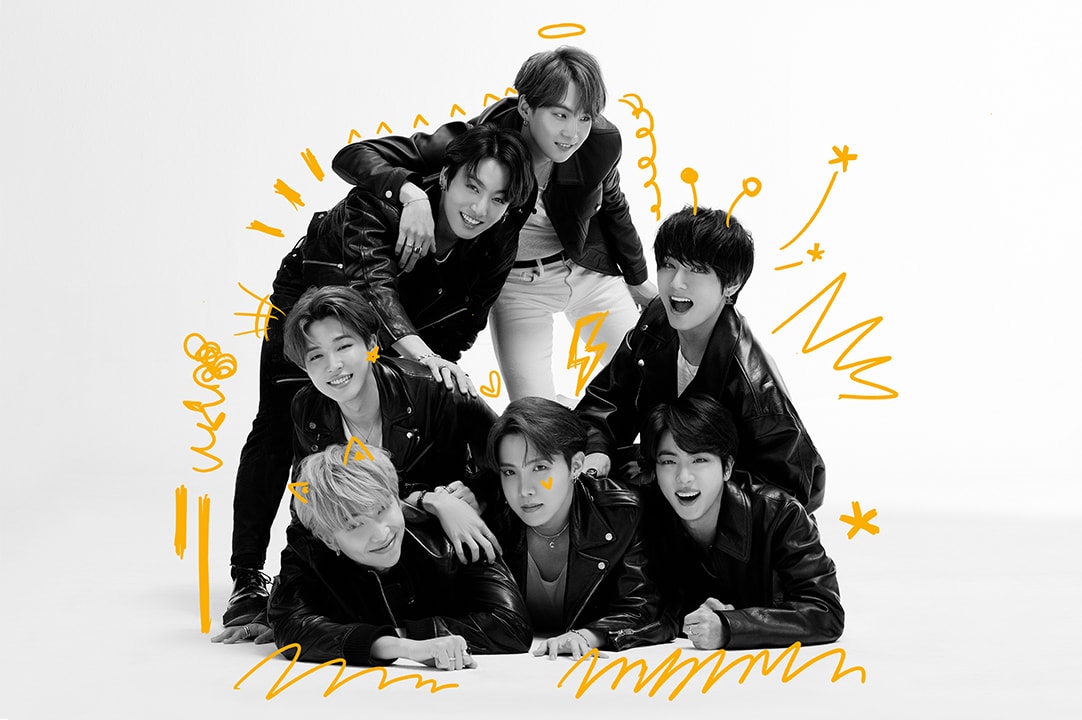 Seven years after debut, this is what the journey has been like for the biggest boy band in the world.

On a chilly morning in New York City, the Korean septet sat down with the TODAY Show to talk about their newest album, “Map of the Soul: 7.”

“The title is ‘7’ because we’ve got seven members right here, as you see, and it’s been seven years since our debut,” BTS leader RM said. “This album is like a big statement and declaration that we admit our destiny, we admit our shadows and lights at the same time, recognize our destiny and all the past.”

#BTS shares the meaning behind the name of their new album #BTSTODAY pic.twitter.com/3iLB23VWE0

Shadows and lights have been a recurring theme ever since their “Love Yourself” era.

Back in 2018 at The Graham Norton Show, RM talked about overcoming one’s shadows as a way to love oneself.

“Life always [has] dilemmas, we always have the pain inside, ‘cause when the light comes we always have the shadows, and we cannot avoid that,” he said. “I just wanna tell you that, we should find a way to love ourselves around, especially the youth who can be more happy and could live a good life.”

While self-love and self-acceptance have been constant messages in their music, the exploration of Jungian concepts is apparent in the “Map of the Soul” series which started with their 2019 EP, “Persona.”

“7” is an ode to their journey towards their growth as artists. It is their most personal project, an introspection of their time together. It is unpretentious, raw with emotions as shown by thought-provoking lyrics.

“7” is considerably their most ambitious and most mature album as they explore the depths of their creativity and go beyond their musical spectrum, with genre-bending songs and solo tracks that reflect their individuality through personal stories of trial and triumph.

As BTS takes us on a painful journey toward self-acceptance, it’s interesting to see the parallels and contrasts among the tracks.

RM and Jimin both question their credibility in society. In “Intro: Persona,” RM asks “Who the hell am I?” while Jimin wants to find out “Which me do you want?” in the Latin-inspired “Filter.”

Both touch upon the Jungian model of “persona” where one puts on a mask to become socially acceptable.

“Filters can be things within a camera application or on social media,” Jimin said in an interview with music streaming giant Spotify. “It also means people’s perspective and prejudice.”

As the album progresses further with conversations on the Jungian psychology, SUGA’s ‘Interlude: Shadow’ is a gripping tale of acknowledging the darkness that comes with the blinding spotlight of fame while j-hope’s ‘Outro: Ego’ is a reconciliation with the self despite the external pressures of the society and internal struggles within.

“Interlude: Shadow [by @BTS_twt] is a song about becoming conscious [of our #shadow qualities] and then dialoguing with them. That was Jung’s answer to it.” ~Murray Stein, Ph.D., Jungian analyst, on the new episode of Speaking of Jung — Laura London⁷ (@jungianLaura) January 13, 2020

Their introspection becomes deeper as they explore their purpose as artists with “Dionysus” and “Black Swan,” which revolve around the birth, rebirth, and the death of one.

While ‘Dionysus’ means getting drunk and drowned in art and creativity, ‘Black Swan’ confronts the fear of dispassion that comes with the hunger to do more.

As a means to break free from this inner turmoil, BTS goes on talking about pain and healing through music. With “Make It Right,” they want to let us know that everything’s going to be better.

On the electro-pop “Louder Than Bombs” co-written by Troye Sivan, they reassure us that as long as we have a voice to speak up, they’ll be with us along the way (“I want to tell you, the thing about darkness is / Not to be afraid of the fact that it’s everywhere / No matter what night swallows me, I don’t give up / Fight for you, we’ll shine”).

As they heal others with their music, they also try to find their own remedy in the real world.

In “Jamais Vu,” they struggle to find what heals the healer (“Please give me a remedy / A remedy that will jumpstart a stopped heart”).

Forgiving and embracing one’s past are important aspects of self-acceptance as depicted in Jungkook’s NeYo-esque R&B “My Time” and V’s soulful “Inner Child.”

While Jungkook’s “My Time” questions the what-could-have-beens in his life as he started young in the industry, V’s “Inner Child” has made peace with his old self, contributing to his personal growth.

Just like the record-breaking “Boy With Luv” where they talk about the significance of little things that matter in love, Jin’s “Moon” is another love letter to their ever-loyal fandom, the ARMY (“I didn’t even have a name / Before I met you / You gave me love / And now you’ve become my reason”).

The relationship BTS has with their fans is as important as the friendships formed within the group; and this was reflected in V and Jimin’s track “Friends” where they reminisce special moments throughout the years and promise to remain strong even if the lights are dimmed and the cheers have faded.

But success is not always about glory and fame as it also means getting hate from naysayers. “UGH!,” a Memphis-style rap by RM, SUGA and j-hope, is an onomatopoeia on the essence of anger as an emotion: (“Anger rules the world / Seems like if there’s no anger, then no one can live / Get angry, get angry, get angry”) and the effect of it once it consumes the self (“You can be angry, but damaging someone else’s life / I don’t like / Stop that ayy).

RM and SUGA also confront the idea of respect fueled by self-doubt in the ‘90s hip hop-inspired track “Respect”: (“For all I know, I can’t say it easily / Cause it’s far off, that weight and thickness / That someday I’ll be able to say it confidently / With full sincerity, to me and to you”).

Taking it all in, and with seven years of ups and downs, the title track “ON” is an anthemic battle cry on challenging whatever life throws on you (“Bring it / Bring the pain on, yeah”) and that it’s okay to falter as long as you get back up and move forward.

The core of “7” lies in “We Are Bulletproof: The Eternal” as it is the epitome of their identity as BTS.

“One day, we woke up and we were like, “Where are we?” When you don’t know where to go, I think the best way is to walk down the road you have been walking on.”

“We Are Bulletproof: The Eternal” is an acknowledgement of their past (“The name I once embarrassed of / That everybody scoffed at / This is an iron proof / Bullet proof”), a reflection of their present (Oh I, we were only seven / I, but we have you all now”) and a promise for the future (“Even if winter comes again / Even if someone blocks me, walk on / We are, we are forever bulletproof”).

As SUGA said in his poem ‘What A Relief’ (“What a relief, that we are seven”), it is indeed a relief that they released an album with songs that can be anthems of life for anyone finding their place in the world. And with ‘7,’ BTS have bared their souls for us to find comfort with.