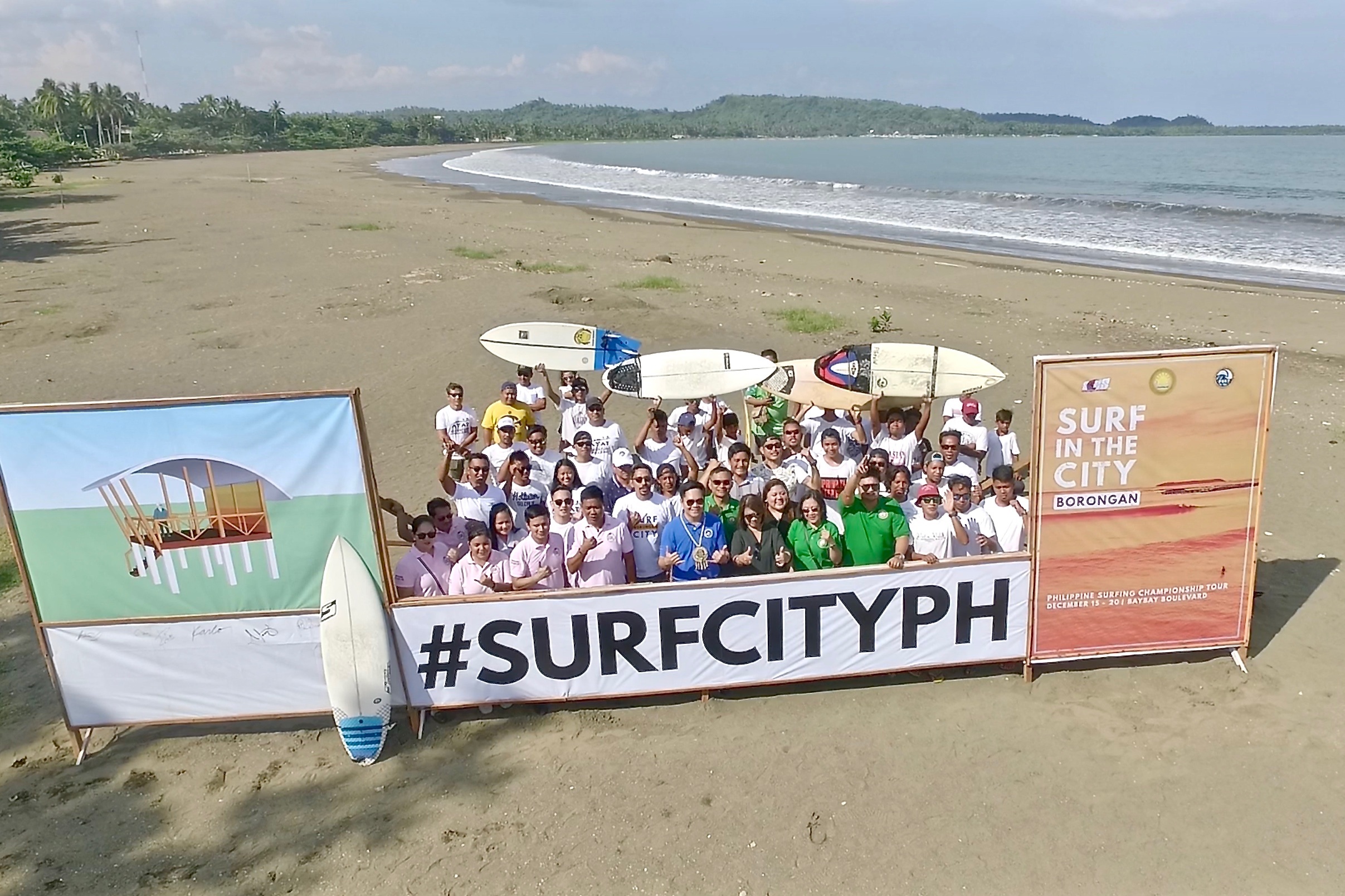 Borongan City, Eastern Samar is hosting some of the best surfers in the Philippines for the last leg of the national surfing competition of the Philippine Surfing Championship Tour (PSCT) from December 15-20, 2019.

Organized by local civic organization Surf Riders Club of Eastern Samar (SRCES) in partnership with the city government, “Surf in the City” is envisioned to be the biggest sporting event in Eastern Visayas Region.  It will have one of the biggest prize money categories in the Philippine Surfing Tour.

Surf in the City chairman Rupert Ambil said the 5-day event will not only be about surfing but would also serve as an end-of-year thanksgiving fair as booths will be set up and activities will be held along Baybay Boulevard, a stone’s throw away from the city proper. Tourists can enjoy the 5 days of different beach sports and 5 nights of community entertainment right at the heart of the city.

“Surf in the City is about uniting the Borongan City community, and opening the province to the limitless potentials of sports tourism and ecotourism,” Ambil said.

Nograles said the national government is willing to support the rise of surfing spots in the Visayas as an addition to other famous surfing go-to places like Baler, Aurora and San Juan, La Union in Luzon, and Siargao in Mindanao.

“It’s a good idea to build tourism structures like this lifeguard tower. It creates a symbol that people can remember,” Nograles said.

Agda emphasized the importance of public-private partnerships in realizing this community project that will benefit not just the people of Borongan but its neighboring towns as well.

“The City of Borongan is looking forward to hosting the best surfers in the country and give them an experience they will never forget. This is a good first step towards making Borongan the surfing capital of Eastern Visayas,” Agda said.

Borongan City is acclaimed as the birthplace of surfing in the Visayas. Unlike other surf spots in the country, Borongan’s seas offer different types of waves that suit all ages and skill levels. It is also unique surfing spot in that its surf spots are located within the city, making it easily accessible to everyone.  (Rommel F. Lopez)