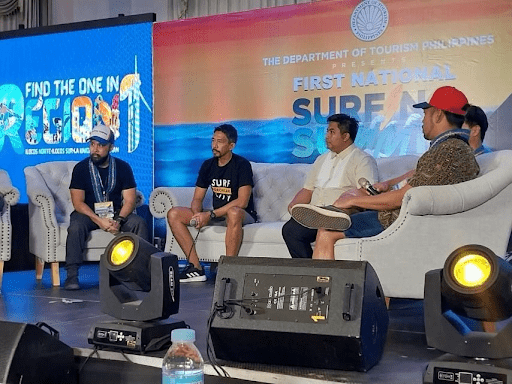 The City of Borongan in Eastern Samar is giving away P1.1 million worth of prizes, the biggest in history, for its 3rd hosting of the National Surfing Competition by the end of this year.

Dubbed “Surf in the City,” Ambil said, the annual sports festival, as sanctioned by the United Philippine Surfing Association (UPSA) of the Philippines, gathers the best surfers in the country.

“This is the first surfing competition where the prize for both Men’s and Women’s Divisions will be equal,” Ambil said, who is also the Surf in the City event chair.

Ambil said the annual surfing competition has boosted tourism in Borongan City and Eastern Samar. “Because of this, a commercial airline is set to open a direct flight route from Manila to Borongan City in late November 2022,” he said, in time for the surf competition.

The organizers also hope that through the competition, they can professionalize the sport and one day produce Filipino surfing athletes and Olympian medal winners.

Surf in the City, slated from November 26 – December 3, is a joint project of the City Government of Borongan and the Provincial Government of Eastern Samar and the Office of Congresswoman Maria Fe Abunda of the province’s lone legislative district.

“We are excited to welcome back our surfers from around the Philippines. We look forward to sharing with them our beautiful and clean surfing playground, along with the usual Boronganon hospitality and top-notch events organization,” Borongan City Mayor Dayan Agda said. – Ryan Christopher J. Sorote