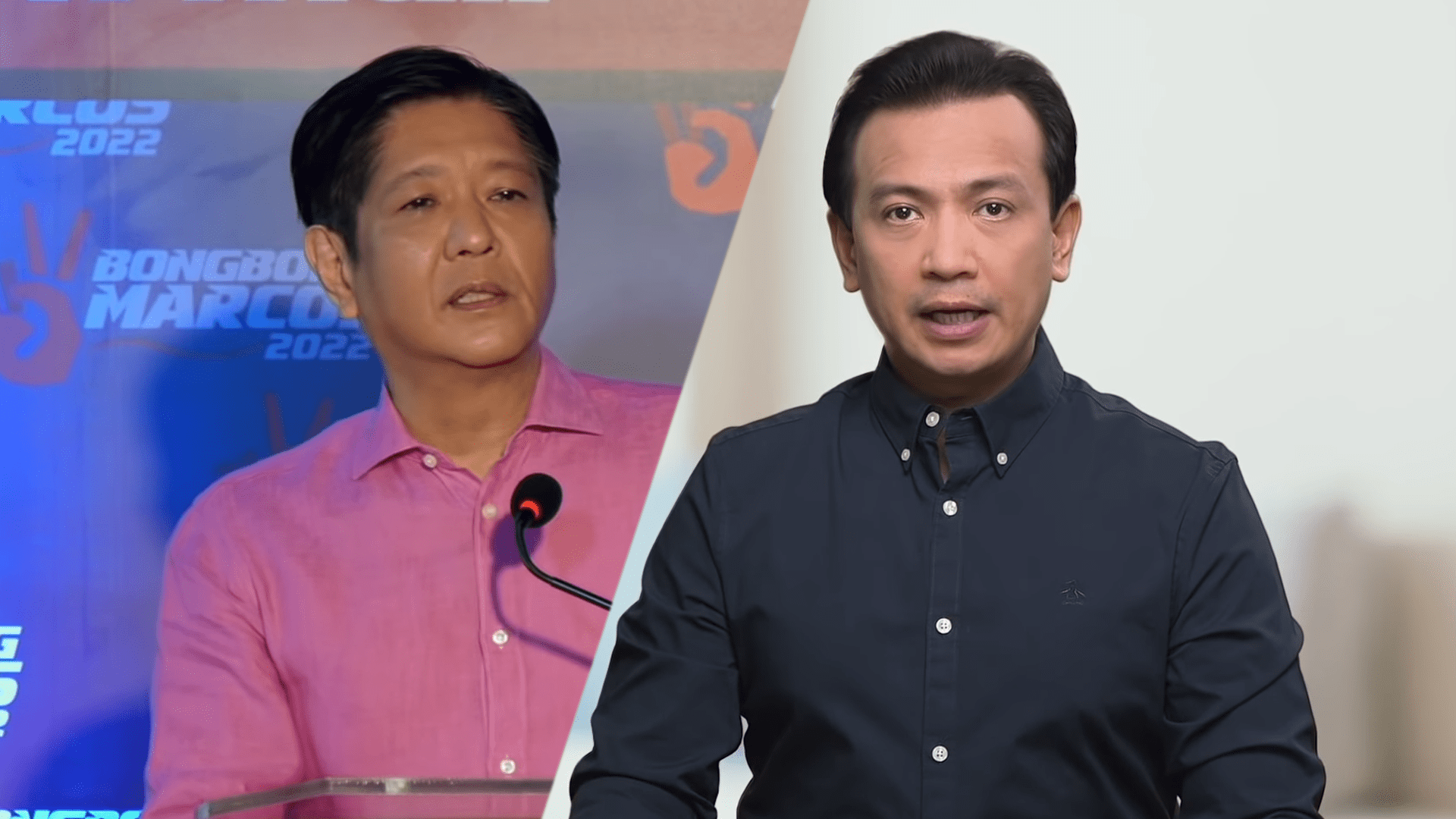 President Rodrigo Duterte’s foreign policy on China and the West Philippine Sea will continue in the next six years if Ferdinand “Bongbong” Marcos Jr. wins in the 2022 elections.

Former Senator Antonio Trillanes IV issued this warning on Wednesday during the Foreign Correspondents Association of the Philippines’ online forum on the West Philippine Sea.

“It is common knowledge within the political circles that Bongbong Marcos is aligned with China. So, we expect that should Bongbong Marcos win in 2022, then we can expect more of the same foreign policy position that Duterte has imposed on us the past six years,” he said.

Trillanes added that the Philippines will have to “grin and bear it” while China will continue to lord over our maritime territory for the next six years if the only son of the late dictator and plunderer wins the presidency in 2022.

The 2022 senatorial candidate stressed that “the 2022 election is very critical” since each presidential candidate’s personal biases will determine the foreign policy direction of the country, including the issue on the West Philippine Sea and the country’s arbitral tribunal victory.

‘Discussions about what we can do to Kalayaan Island Group and Scarborough, all of these questions would be answered by the question what is the foreign policy position of the president because in our country, everything would hinge on that,” he said.

Then President Benigno Simeon Aquino III appointed Trillanes as backchannel negotiator during the 2012 standoff at Scarborough Shoal between the Philippines and China.

The negotiations resulted in China pulling out all but three of its ships in the area. When China refused to pull out its three remaining ships, Aquino decided to file an arbitration case, which the country won. – Rommel F. Lopez