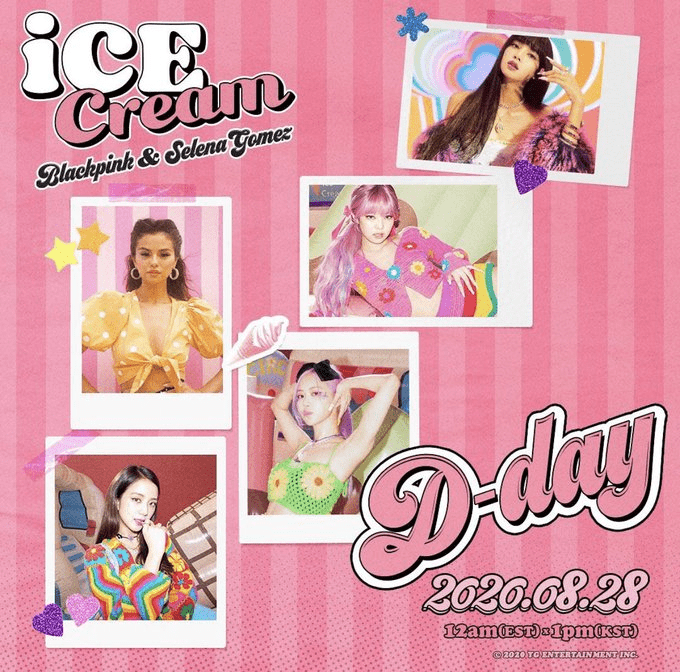 Look so good, look so sweet. Blinks, you deserve a treat!

Just two months after the release of “How You Like That,” Blackpink rewarded fans with their highly anticipated collaboration with Selena Gomez in their newest song “Ice Cream.”

According to YG Entertainment, Ice Cream is a step away from Blackpink’s hip hop hits “Ddu du ddu du” and “Kill This Love.” The newest song is said to be “cool music that goes well in the hot summer.”

The song was produced by Teddy Park, Tommy Brown and Mr. Franks. As of writing, Ice Cream has reached 40,378,133 views on Youtube. The hashtag #Blackpink and #SELPINKToday trended on Twitter.

Blackpink’s most recent collaboration was with Lady Gaga for the song “Sour Candy” from the album “Chromatica,” which was released in May.

Ice Cream is the record pre-release single from Blackpink’s first full-length album “Blackpink: The Album” to be released on Oct. 2. Jayziel Khim Budino