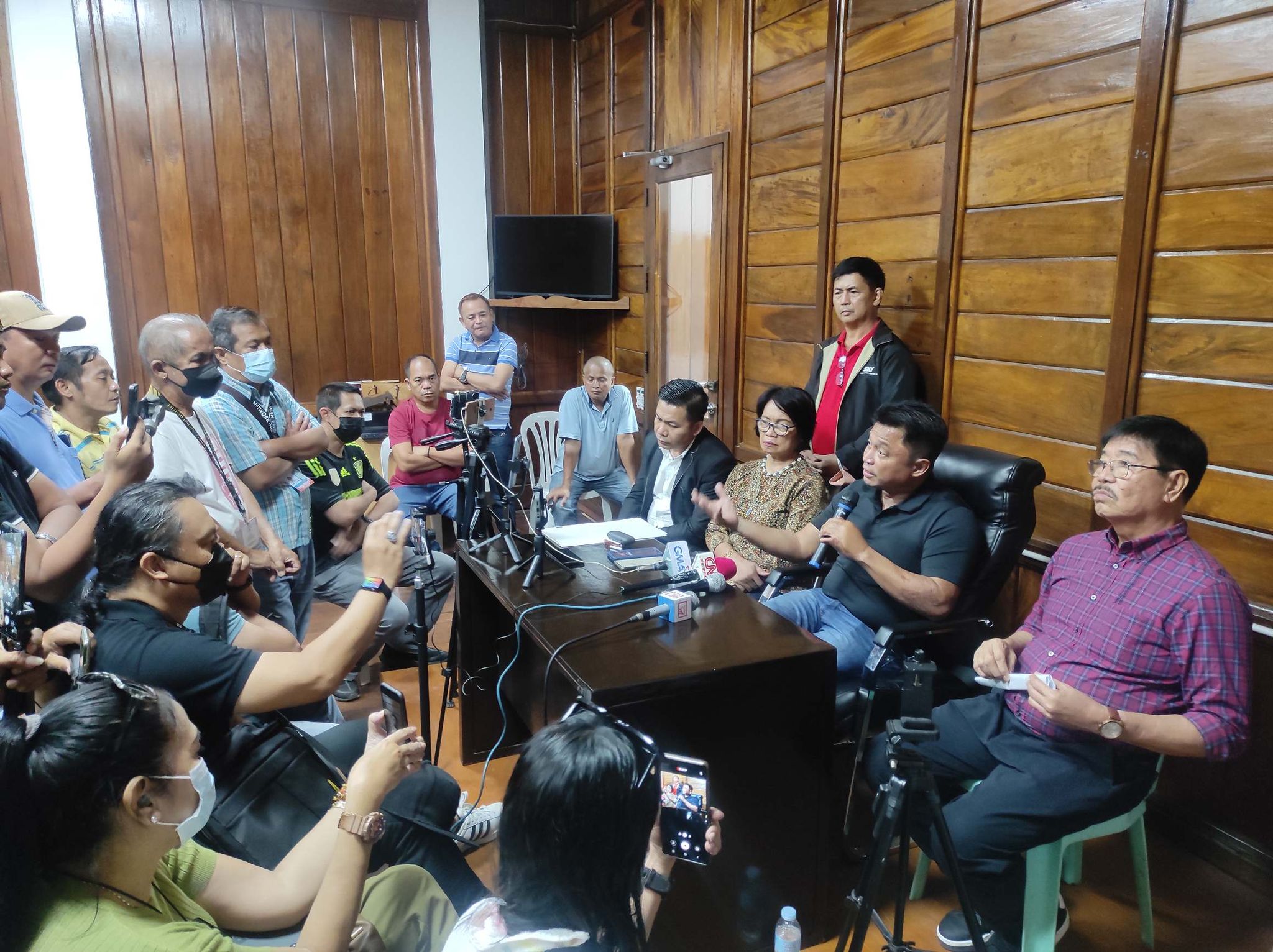 DUMAGUETE CITY – The Province of Negros Oriental now appears to have two governors with either of them showing no signs of backing off amid months of legal battle for the governorship.

Gov. Roel Degamo, who was proclaimed winner by the Commission on Elections (Comelec) early this week has officially assumed office in a letter sent to the provincial board headed by his running mate Vice Gov. Gido Reyes.

“The undesigned (Roel Degamo) is assuming as governor of Negros Oriental,” Degamo said in a video message Wed., Oct. 5. He said all transactions of the capitol should now course through his office.

Degamo has also ordered the recall of all “displaced” workers, including his department heads, to return to their original assignments.

The governor apparently also directed the Civil Aviation Authority of the Philippines (CAAP) not to allow helicopters to land in the provincial capitol grounds.

Deposed Gov. Pryde Henry Teves has a private helicopter which he uses to travel for private and official functions that lands at the Freedom Park grounds located in front of the capitol.

Degamo also claimed that Dir. Leocadio Trovela of the Department of Interior and Local Government in Central Visayas and PNP-Central Visayas chief, Gen. Roque de Vega, met with Teves on Tuesday to inform him of his assumption into office.

Teves confirmed meeting with Trovela and De Vera but denied reports that he had stepped down as governor. According to him, there was no order yet to nullify his proclamation.

He claims that his rival’s proclamation is just one step in the “process” of assumption.

“They (the camp of Degamo) should file a quo warranto case before the court to nullify my proclamation,” Teves said in a mix of Bisaya and English. “Through this, I can exercise my right to due process.”

However, if the court decides against him and releases an order nullifying his proclamation, he said, he would gladly vacate his office. “No two people can’t assume two chairs,” he said in Bisaya.

Teves said their petition for a Temporary Restraining Order against the assumption of Degamo is scheduled to be heard before the Supreme Court on Thursday, Oct. 11. – Ryan Christopher J. Sorote