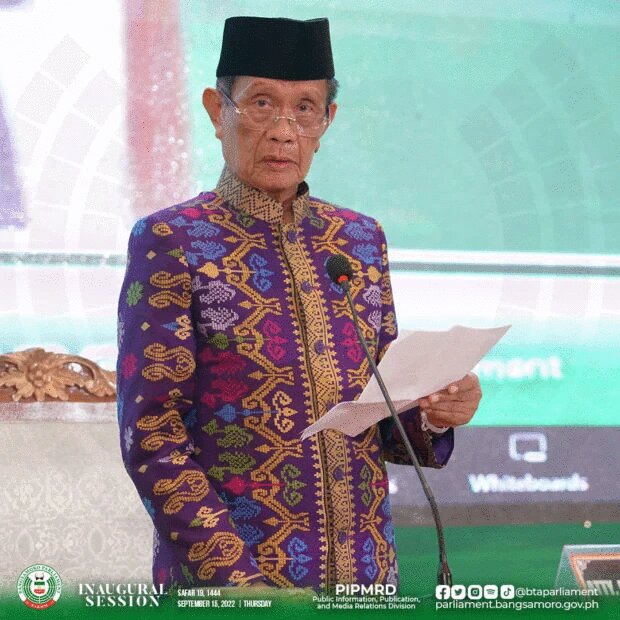 Lawyer Pangalian Balindong was once again elected as Speaker of the Bangsamoro Transition Authority (BTA) Parliament during the inaugural session, according to the interim government.

Presiding during the assembly was BARMM Chief Minister Ahod Balawag Ebrahim once again.

Also elected during Thursday’s session are:

Balindong said the officials have a big task ahead of them, noting that they “cannot fail because our people have suffered enough.”

“It is only through our unity that we can repay the blood that our brothers and sisters had spilt in order to achieve their dream towards peace, progress and right for self-determination,” he said.

All the newly-elected officials will serve for three years or until the first Bangsamoro elections in 2025.

“Three of the seven priority codes, administrative, civil service, and education, have already been approved.  The first parliament who served from 2019 to 2022 has enacted 31 bills and adopted 263 resolutions,” it added.