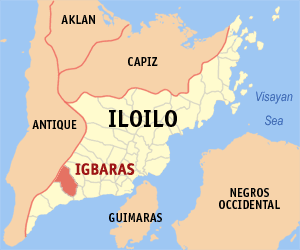 The Philippine Army’s 61st Infantry Battalion (61IB) encountered 15 members of the Communist Party of the Philippines-New People’s Army and blocked their harassment plans on Friday.

The brief firefight lasted for a few minutes according to Lt. Col. Joel Benedict Batara, 61st IB commanding officer. He added that no casualty was verified on the government side while several members of the CPP-NPA were wounded according to reliable sources.

The government troops who faced the rebels were conducting combat operations at the vicinity in reaction to reports from locals regarding the presence of armed communist rebels.

Batara further explained that the Philippine Army likely blocked the rebels’ plan to attack the Century Peak Energy Company in nearby Igbaras town.

“Century Peak Energy Company is a hydro-energy plant in Igbaras town. For the previous years, the company had been harassed by the rebels and fortunately, the troops are always there to respond,” he said.

Batara revealed that the company had been getting blackmails from the rebels in the past years but never gave in to their demands.

The CPP-NPA also has plans to attack Army and Philippine National Police (PNP) detachments in the area, added by Batara.

“We are on alert because they might want to highlight their protests especially with the anniversary of Martial Law,” Batara said.

Local government unit of Miag-ao has initial plans to declare the communist rebels as persona-non-grata.

“Other municipalities are also planning to declare them (rebels) persona-non-grata. In due time, the whole province of Iloilo, Antique and Capiz might declare the CPP-NPA as persona non-grata,” he said.

Batara stated that towns and cities declaring such move is a good sign on the anti-insurgency campaign of the government.

The CPP-NPA is registered as a terrorist organization by the United States, the European Union, the United Kingdom, Australia, Canada, New Zealand, and the Philippines.  (RJ Espartinez)