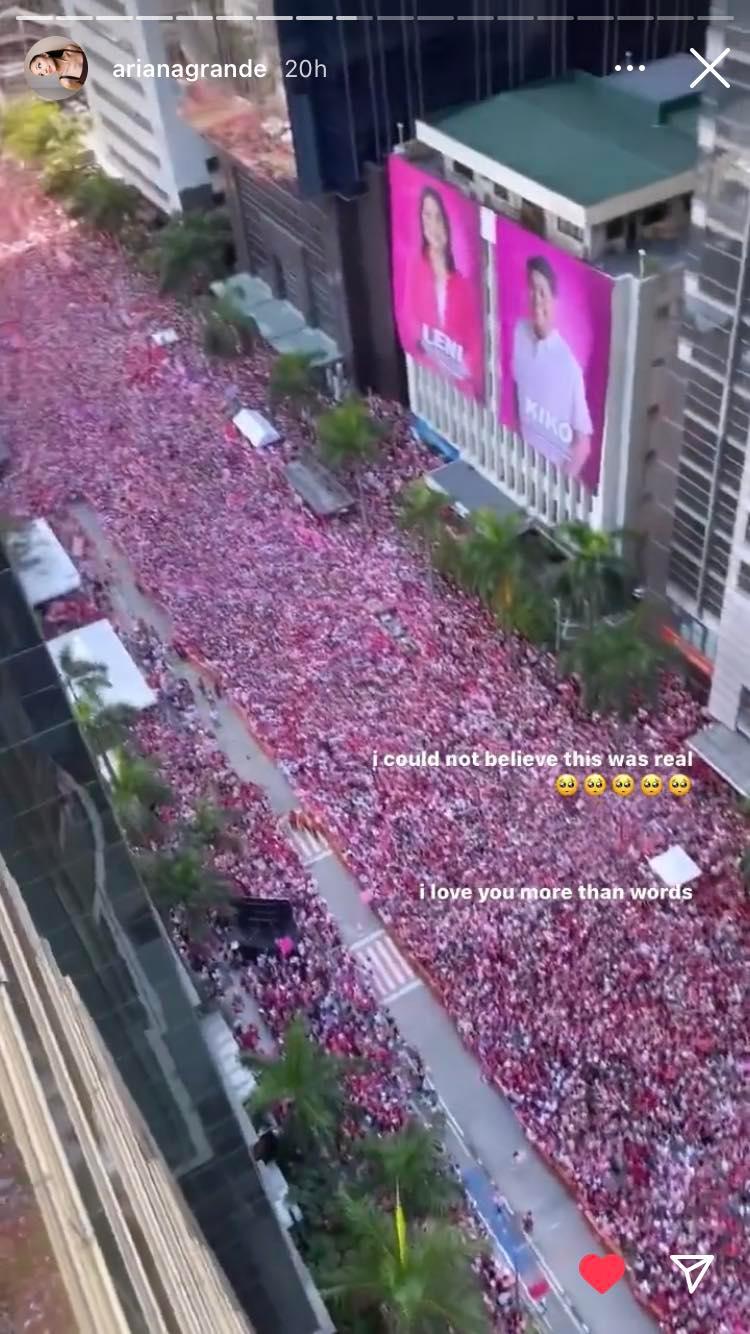 The song was among those played in Robredo’s campaign rally held on Sunday in Emerald Avenue, Pasig City. The singer reposted the clip on her Instagram showing her gratitude.

“I could not believe this was real, I love you more than words,” she posted in the Instagram story.

The Pasig City police placed crowd estimates to at least 137,000 most of whom were young people who occupied the entire stretch of Emerald Avenue in the Ortigas business district and its adjoining streets.  Event organizers placed the crowd estimate at 180,000. Ronald Espartinez