Anti-terror bill is not for activists but for terrorists – Cayetano 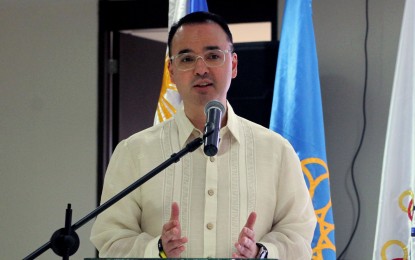 Speaker Alan Peter Cayetano defended the highly-controversial anti-terror bill, claiming the initiative is not for activists but terrorists who masked themselves as activists.

Cayetano released his defense after numerous calls on social media from various sectors and personalities in the country to stop the proposed law, which President Rodrigo Duterte certified as urgent.

The bill is now awaiting Duterte’s signature, which will soon allow detention of “suspected terrorists” from 14 to 24 days without a warrant and defines inciting to terrorism through means of speeches, proclamations, writings, emblems, banners, or other representations.

The bill will also eradicate the current P500,000 a day penalty on police officers who will detain suspects who would eventually be acquitted of the crime.

“Ang sabi nila (critics), activism is not terrorism. We agree with you. Ang aktibismo ay hindi terorismo. We want to promote activism, from the youngest child. That is why my late father had a show, Compañero y Compañera, saying wag magpa-api, alamin ang batas,” Cayetano explained in his speech during the last day of the Second Regular Session of the 18th Congress.

“Hindi magbabago ang dapat mabago sa ating bansa kung walang aktibismo. In the same vein, terrorism is not activism. You should not allow terrorists to hide within your ranks,” he added.

One of the bill’s provisions being slammed by critics is the provision allowing surveillance, including electronic, on individuals suspected of being a terrorist, without the requirement of a warrant.

Cayetano defended the measure by comparing it to anti-terrorism laws in the United States, United Kingdom and Singapore.

He also clarified that the provision of the bill which states that terrorism does not include advocacy, protest, dissent, stoppage of work, industrial or mass action and other similar exercises of civil and political rights “which are not intended to cause death or serious physical harm to a person, to endanger a person’s life or to create a serious risk to public safety.”

“They say this repression; is against democracy, draconian. No, it is not,” Cayetano further explained.