Another lawyer killed in Cebu 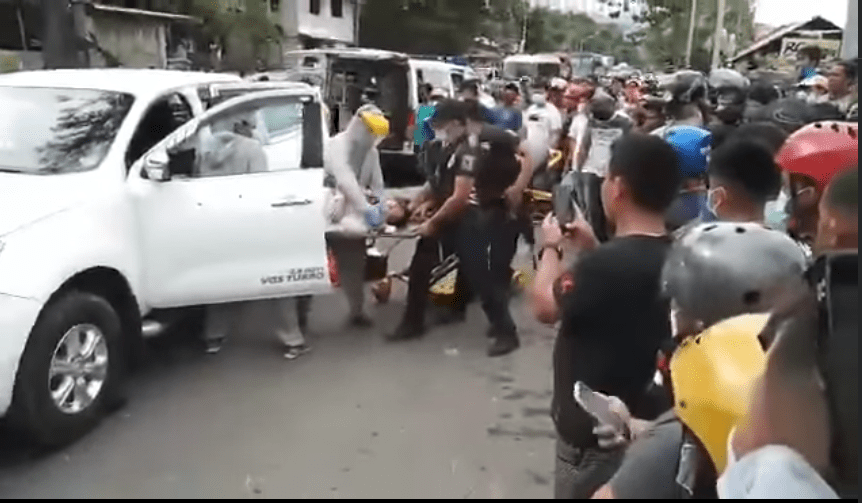 Screen grab from a contributed video

Another lawyer was killed in Danao City, Cebu, on Thursday, Dec. 17.

Macatangay said, quoting eyewitnesses, that Landero-Ole had driven her vehicle a few meters when gunmen aboard a motorcycle fired shots.

The victim’s vehicle lost control and bumped onto another car, she added.

The police station chief said investigators were reviewing CCTV footage within the crime scene’s vicinity to identify the assailants.

Investigators were exploring all angles in the killing, she said.

In November, lawyer Joey Luis Wee was killed by two gunmen outside his office in Mabolo, Cebu City.

Lawyer Regal Oliva, Integrated Bar of the Philippines Cebu City Chapter president, described the latest ambush in a statement as “alarming” and a treacherous attack.

“We condemn the atrocities being cast against fellow lawyers, and we must not allow this system of violence to persist in our midst,” Oliva’s statement read.

Oliva urged fellow lawyers to “be ready always to protect” themselves and not be “sitting ducks.”

“We need to know protocols of who to call or approach should danger arise. We need to spot ‘lurking shadows’ and report them immediately,” the statement added.

Police said Baby’s husband, Juanito, 35, who had been imprisoned at the New Bilibid Prisons in Muntinlupa, was killed by gunmen on May 26 at Barangay Poblacion. Ryan Sorote