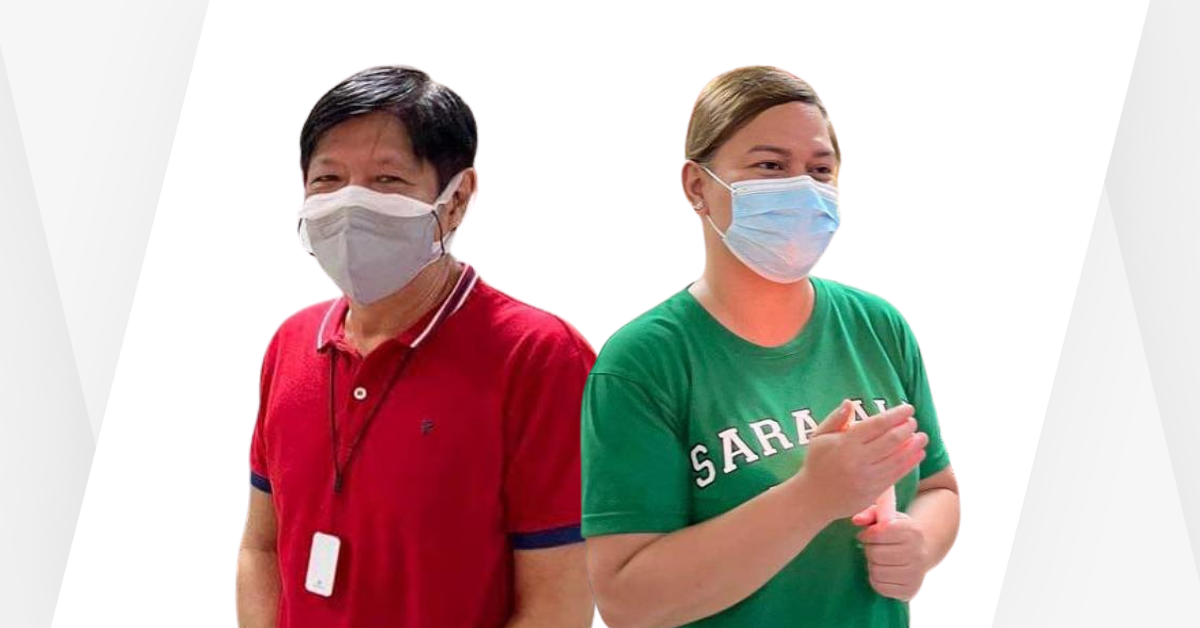 Please allow my small voice to join the growing clamor for consolidation of political forces to prevent the victory of the Marcos-Duterte tandem this May 9 elections.

It’s so lamentable to lose people in government with unblemished public record as their work ethics, honesty, integrity, sense of responsibility and concern for others are beyond reproach.  Being political “lame-ducks”, the government can no longer avail of their valuable services in the foreseeable future.

The answer to the question – who should remain in the race to tangle with the Marcos-Duterte tandem is also very simple.  The clamour for this “consolidation of political forces” was triggered by the good showing of the Marcos-Duterte tandem in the poll survey; so, the answer to the question should similarly be dictated by the results of the poll survey.

Like in “run-off” elections in other countries, the next lower ranked bet in the survey will remain in contention.  In other words, VP Leni Robredo and SP Tito Sotto will stay as the President and Vice President bets, respectively.

It will go down in history that those who withdrew from the race made supreme personal sacrifices to prevent our country from being engulfed by two (2) political dynasties – one from the North and another from the South.

But more importantly, they can still be called upon to serve under a Robredo presidency.

Will all due respect and without preempting a newly elected President,

Each camp (Lacson, Moreno and Pacquiao) may nominate one (1) or two (2) of their senatorial bets (also based on the ranking in the survey) to form a complete senatorial line-up (12 candidates) under the Robredo-Sotto tandem.

The foregoing point of view comes from a simple-minded person.  A more cerebral viewpoint comes from one of our respected columnists – Jarius Bondoc – who, in his March 4 column in the Philippine Star, exhorted the opponents of BBM to join forces to avoid their defeat.  After citing historical honorable withdrawal from political struggle, he pointed out that failure to do so, “their defeats will be ignoble.  History will judge them for vainly clinging to personal ambition.”  Bondoc detailed out the dire consequence of a BBM victory to our beloved nation – “under a false leader national sovereignty will be surrendered to China.  Greed will be the creed. Partymates will resume their plunder.  Cronies will take over state resources and public utility contracts.  Provincial political dynasties will finish off what’s left.”