Amid Covid-19 outbreak, thousands of seafarers to lose jobs, albeit temporarily 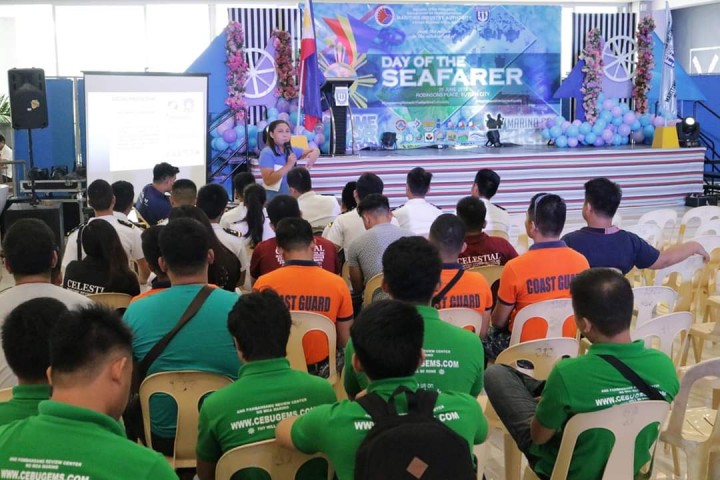 While Socioeconomic Planning Secretary Ernesto Pernia believes the coronavirus pandemic would have only a “transitory” impact on poverty numbers, strong headwinds seem to lie before the country’s seafarers and the manning industry in general.

Magsaysay People Resources Corp. President and CEO Marlon Roño said with the Covid-19 pandemic, all cruise companies have decided to stop their operations from 30 to 60 days while some opted to cease operations for a longer period.

“There are over 40,000 Filipino seafarers working in cruise ships both in hotel or hospitality or technical departments,” he said in an email to this writer.  He admitted some companies have begun repatriating their crew and he sees a major repatriation for the non-essential crew.

As uncertainty remains, Roño explained both the hospitality and cruise industries are dependent on normal conditions.  Today, Magsaysay People Resources maintains a pool of over 25,000 cruise personnel, a considerable growth over the past five years.

“There are new cruise ships due for delivery in the next two years and would definitely require thousands of Filipino crewmen,” he added.

She said Covid-19 rendered her agency unable to replace crew onboard ships whose contracts have expired.

“While flights are available and POEA (Philippine Overseas Employment Administration) contract processing can be done online, there is too much disruption in the travel stream due to the quarantine rules of each country so there is now difficulty for a crew to take air flights to join ships in countries where they are calling,” she said in a separate email to this writer.

She added most shipowners and ship managers “proactively stopped” changes in their crew to protect the health of the seafarers onboard and avoid contamination that could be brought by new arrivals.

“Each one of us has to do our share to exercise over-abundance of caution by extreme social distance even if we bear a commercial impact,” she said.

For Capt. Eduardo Flores, who has logged 25 years in the manning industry is, getting seafarers home would turn out to be the biggest problem between seafarers, shipowners and the government because they need to be under quarantine for two weeks before their departure for home.

“Will the country where they will disembark allow them to go ashore?  Will the shipowners compensate them for the remaining part of the contract?” he asked.

He said Covid-19’s effect will be felt by cruise ship  seafarers and manning agencies although those in the cargo transshipment were still in operation.  Seafarers may have no income for at least two months while manning agencies will likely be affected because some are paid on a per head basis.

Citing POEA figures in 2018, Capt. Flores said there was less deployment from the traditional seafarers as the deployment of relievers of people onboard remained unpredictable.

“To be fair with the government, there is nothing they could do at the moment because everyone was caught flat-footed by the coronavirus,” he said.

He added the only way to help the affected seafarers would be the assistance from the Overseas Workers Welfare Administration (OWWA) whose funds come from overseas Filipino workers (OFWs).

In his message last week, he said it was not the time to extend financial assistance as he would not prefer people to leave their homes and risk their health conditions due to the Covid-19 pandemic.

Reacting to reports that about 10,000 seafarers will return to the country after the cruise and hospitality industries have been severely affected by the pandemic, Cacdac said they will not return all at once.

“Most of them are still onboard their respective ships, and this far have mutually agreed with their shipowners to stay there,” he said.

He said the seafarers have food, free single occupancy accommodation and hotel facilities.

Cacdac clarified that the 10,000 seafarers’ employment was “put on hold while cruise ship operations have ceased,” with a commitment from their manning agencies of reemployment as soon as operations resume.

He sees a bigger problem from land-based Filipino workers all over the world who demand from OWWA to give their families pantawid assistance.  There are about two million OFWs worldwide.

Baguilat said the seafarers are the front liners in the maritime industry, responsible for moving 90 percent of world cargo.

She said her agency, their ship owners and managers are holding off crew changes to protect both the crew on board and remain in community quarantine.

“While these precautionary measures are hurting the ship owners and operators and seafarers themselves, we believe the primary goal is our global safety and health by flattening the Covid-19 growth rate curve,” she said.

Data from the Bangko Sentral ng Pilipinas showed that contributions from sea-based workers ranged from a low of 14.5 percent to a high of 22.7 percent of cash remittances in the past 10 years.

Last year, remittances were equivalent to 9.3 percent of the country’s gross domestic product and 7.8 percent of gross national income.