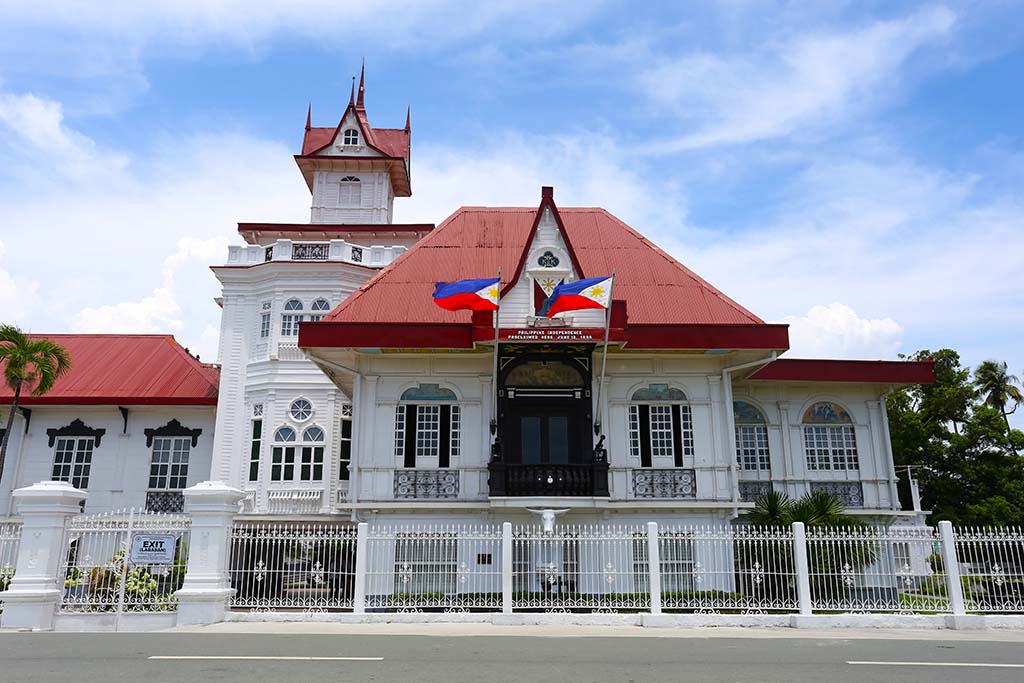 Aguinaldo Shrine in Kawit. Cavite (photo from the website of the National Historical Commission of the Philippines)

“Sa Aming Tahanan: A First Person Interpretation Program” tells the story of Aguinaldo through the perspectives of different people, both historical and fictional composite characters.

“One of the tour’s objectives is to humanize our heroes, aside from providing a new concept of learning (compared with merely reading through history books), and level up any museum experience by allowing viewers to experience history first-hand, and be ‘transported’ back during the time of “Miong” (as the general was fondly called during his time),” shared Kara Garilao, Fundacion Santiago (FS) consultant.

FS, a private and non-profit organization, first conceptualized the project in commemoration of the past president’s 150th birth celebration last March 22, 2019.

The project was realized in collaboration with the National Historical Commission of the Philippines (NHCP) and Cavite El Viejo Heritage Tourism Association (CVHTA).

The tour which runs every other Saturday until December 2019, has three components, starting off with when Miong was only 17 years old (circa 1886), followed by the years 1920 and his senior year in 1939.

Considered the “first of its kind in all NHCP run museums”, guests will initially get acquainted with the president’s mother Doña Trinidad Aguinaldo, who will share insightful stories about “Miong” from the time she gave birth to him.

The story will then segue into 1920 when Aguinaldo proclaimed the country’s independence at the now historic Kawit mansion’s balcony, and ends in 1939, when Aguinaldo was already in his senior years. (Jojo Mangahis)