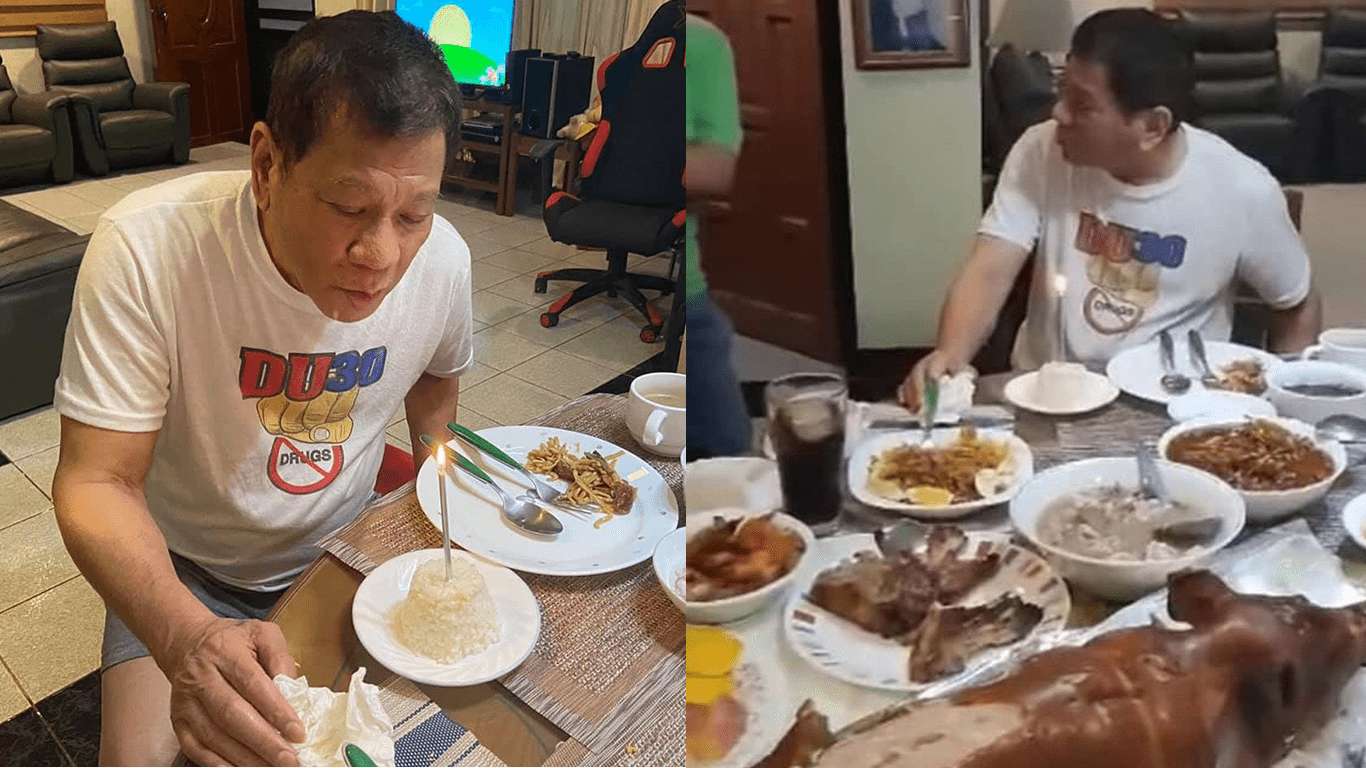 A photo of President Rodrigo Duterte (left) posted by Sen. Christopher “Bong” Go, describing the celebration as “simplistic”. A now-deleted video (right), however, show President Duterte with a table full of food, including a whole lechon. (Photo from Sen. Christopher Bong Go).

This was after senator and top aide Christopher “Bong” Go posted a photo of the president blowing a candle on top of a cup of rice, and having a  “simple lunch.”

Bayan Muna Rep. Ferdinand Gaite said the post was a “mockery” of people going hungry amid the pandemic.

“Acting poor for your birthday photo ops when you’re not really poor is just mocking those who truly have nothing to put on their tables for their own birthdays,” the lawmaker said.

“Be bearers of the truth! Next time, don’t just use photos fed to you by Bong Go,” the ex-senator said.

Go’s picture was reposted by Inquirer.net, with a caption that read: “Senator Bong Go shared a photo of President Rodrigo Duterte on his 76th birthday, highlighting the chief executive’s simplicity.”

As of the article’s writing, Inquirer.net has yet to issue a statement. Its post, however, was edited, with a new caption that reads: “However, social media posts showed that the table was laden with food, including a whole ‘Lechon’ or roasted pig.” Ian Gabriel Trinidad