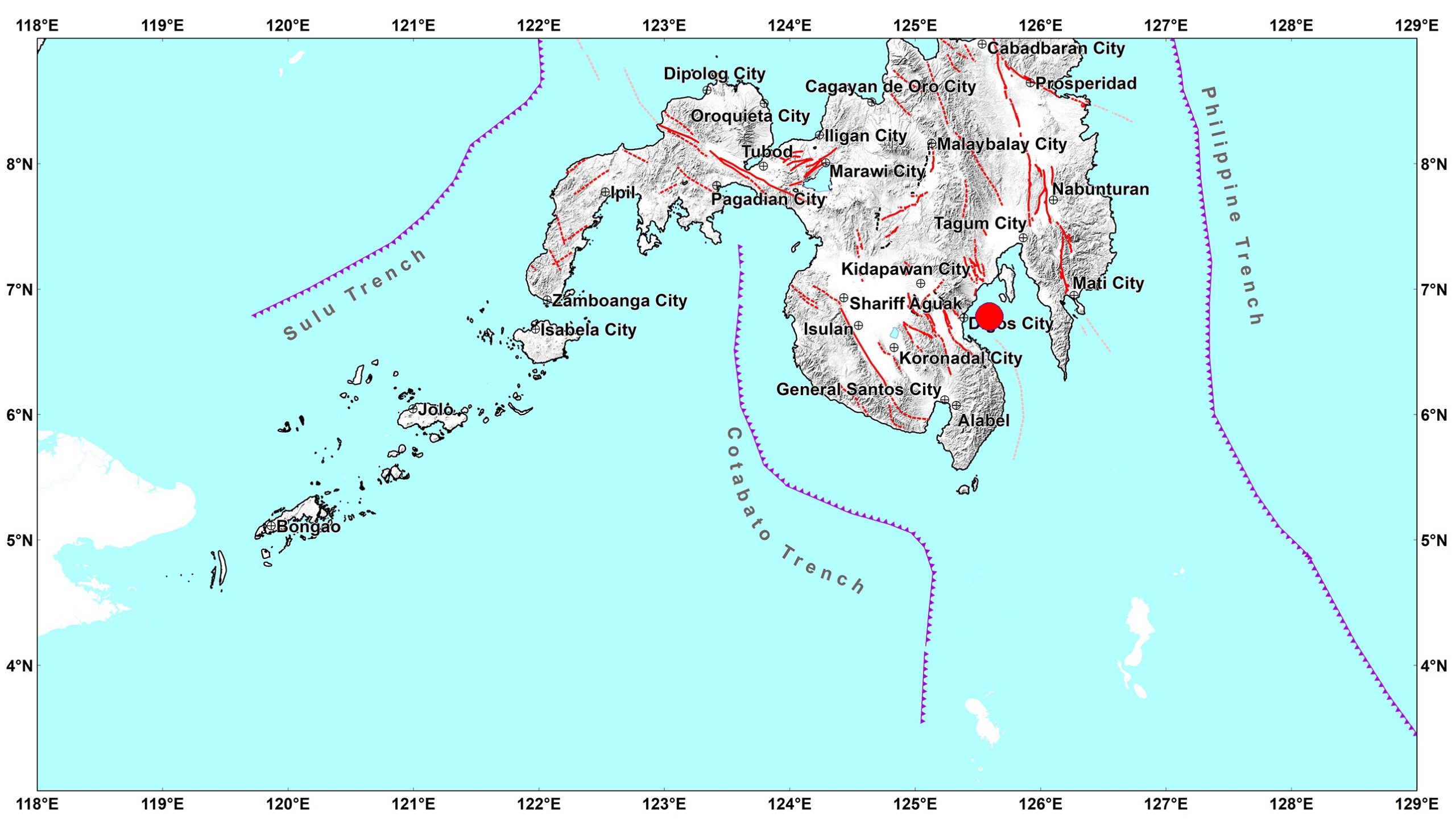 Southern Mindanao was rocked by a 5.2 magnitude earthquake Friday night.

The Philippine Institute for Volcanology and Seismology (Phivolcs) said the epicenter of the quake was located at 25 km north of Digos City, Davao del Sur.  It struck at a depth of 28 kilometers at 7:18PM. The quake was tectonic in origin.

Instrumental Intensities were recorded in the following areas