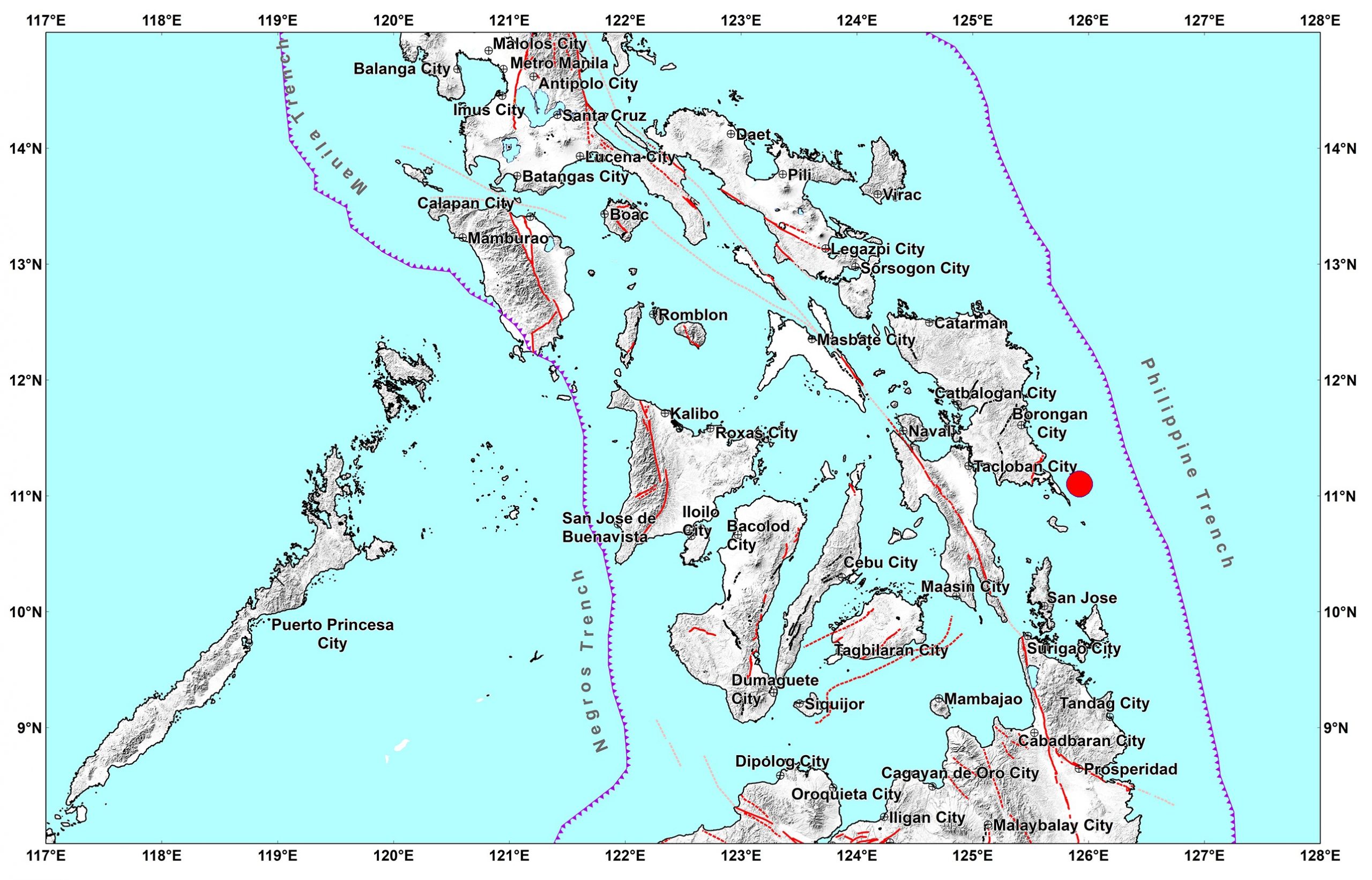 According to the Philippine Institute for Volcanology and Seismology (Phivolcs), the epicenter of the quake struck at 02:32:36 PM at 23 kilometers North of Guiuan, with a depth of 14 kilometers. It was tectonic in origin.

Intensity IV was recorded at  Guiuan and Salcedo, Eastern Samar while Intensity III was felt at Tacloban City.

No aftershocks are expected according to Philvolcs.  No damage to property has been reported.  Rommel F. Lopez