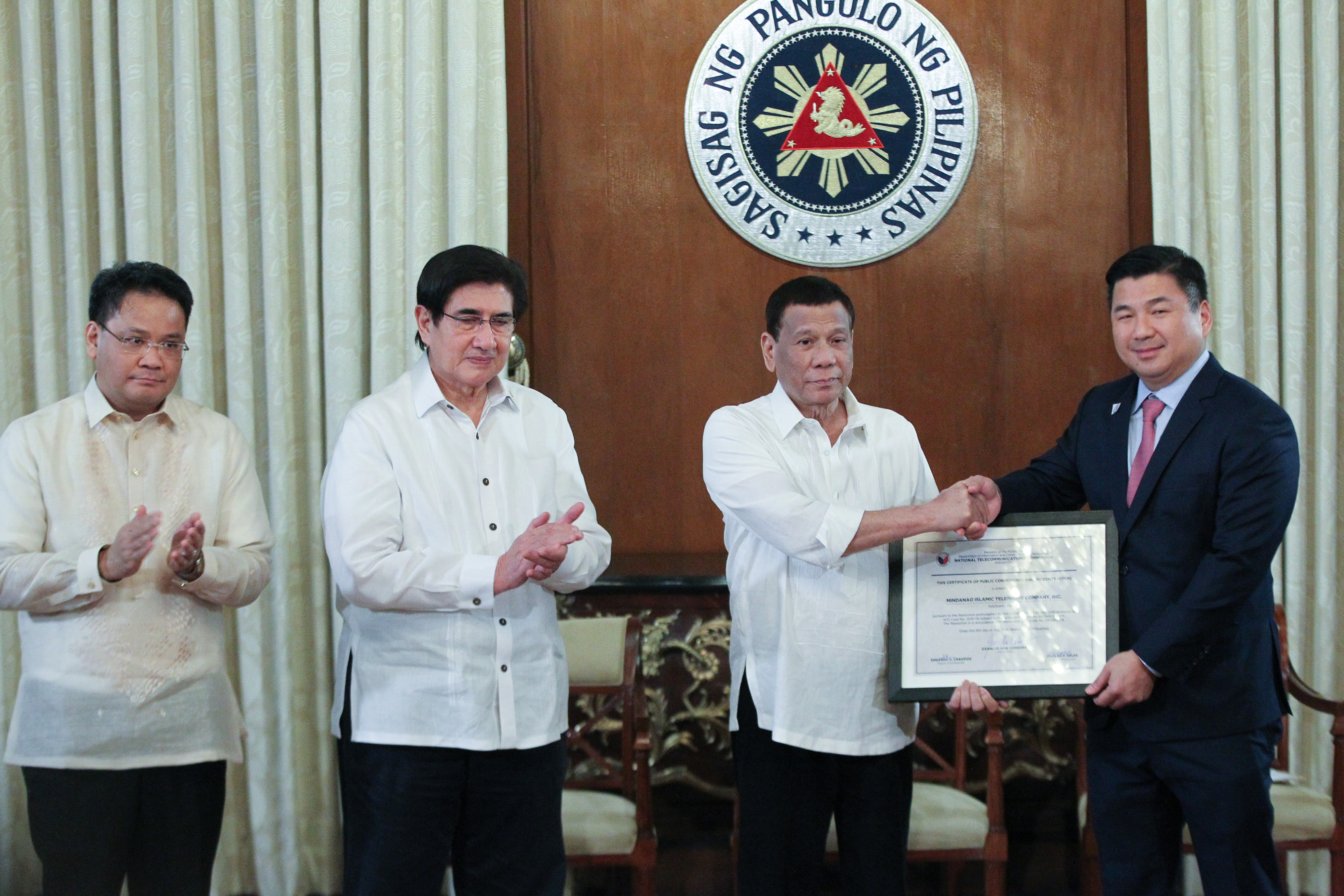 The third telco industry player is set to begin building its network after getting a permit from no less than President Rodrigo Duterte.

Duterte handed the Certificate of Public Convenience and Necessity (CPCN) to the Mindanao Islamic Telephone Co. (Mislatel) consortium, represented by businessman Dennis Uy, in ceremonies at Malacañan Palace on Monday.

Mislatel also revealed the brand to be used by the third player, “Dito Telecommunity,” signaling an intention to compete in the mass market cornered by Globe and Smart. “Dito” means “right here” in Filipino.

The consortium is a joint venture between Uy’s Udenna Corp. and Chelsea Logistics, which hold a combined 60 percent stake, and state-owned China Telecom, which holds the remaining 40 percent, in compliance with the cap on foreign ownership in public utilities under the 1987 Constitution.

Mislatel won the bidding for the right to become the Philippines’ third telco amid protests from losing and disqualified bidders. Uy is close to Duterte and is a major campaign donor.

Duterte’s presence at the CPCN awarding ceremony shows his strong backing for the selection of the third telco, fulfilling a major campaign promise to improve telco services by introducing competition.

Duterte called on Mislatel to break the telco duopoly.

“Today, I am glad to announce the entry of a new player that will take on the challenge of competing against the existing players in our country’s telco industry. This new player is the Mindanao Islamic Telephone Co. or Mislatel consortium,” Duterte said in a speech.

Mislatel, which posted a performance security bond amounting to P25.7 billion under the terms of its franchise, promises to improve internet speed to 55 Mbps from 4.5 Mbps.

The consortium is eyeing to cover 84.01 percent of the Philippine population in five years, and spend P257 billion for its infrastructure and services rollout. (PressONE.ph)