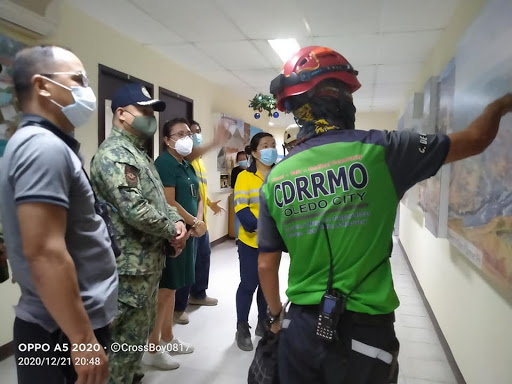 At least seven miners were missing and several others presumed dead in a mine collapse at the Carmen Copper Corp. site in Toledo City, Cebu, Monday, Dec. 21.

John Roseller Layan, information officer of Toledo City, said the collapse claimed the lives of some miners. Layan, however, could not confirm the number of fatalities and those who were injured.

Deverturda told Perales that rescue operations could not be done immediately as the area was “unstable.”

“Carmen Copper said the site was still unstable. We could not risk our rescuers’ safety,” Layan said in a mix of English and Bisaya.

Layan said all rescue assets of the city were inside Carmen Copper’s compound for the rescue operations on Tuesday.

In a statement, Carmen Copper said the “slide” happened at about 4:15 pm at the Carmen Pit (Biga Pit).

“The incident was traceable to the incessant rains for the past several months and aggravated by Typhoon ‘Vicky’ that hit parts of the Visayas, including Toledo City, last Friday, December 18, 2020,” Carmen Copper said.

The mining company said it was closely working with authorities to assess and address the situation.

“We will continue to inform the concerned agencies as well the general public of further developments,” read the statement.

A clip of the landslide trended on social media. The video shows several trucks scampering for safety as portions of the pit, hundreds of stories high, collapsed below.

Dandan Resuelo, in an interview, disclosed that his father, Danilo, 51, was one of the handful of workers who managed to outrun the landslide and survived with only bruises and cuts.

Dandan said he still had three other cousins who were still missing as of Monday night.

Local reports, citing survivors and eyewitnesses, said at least seven workers were missing and that there were at least two deaths.